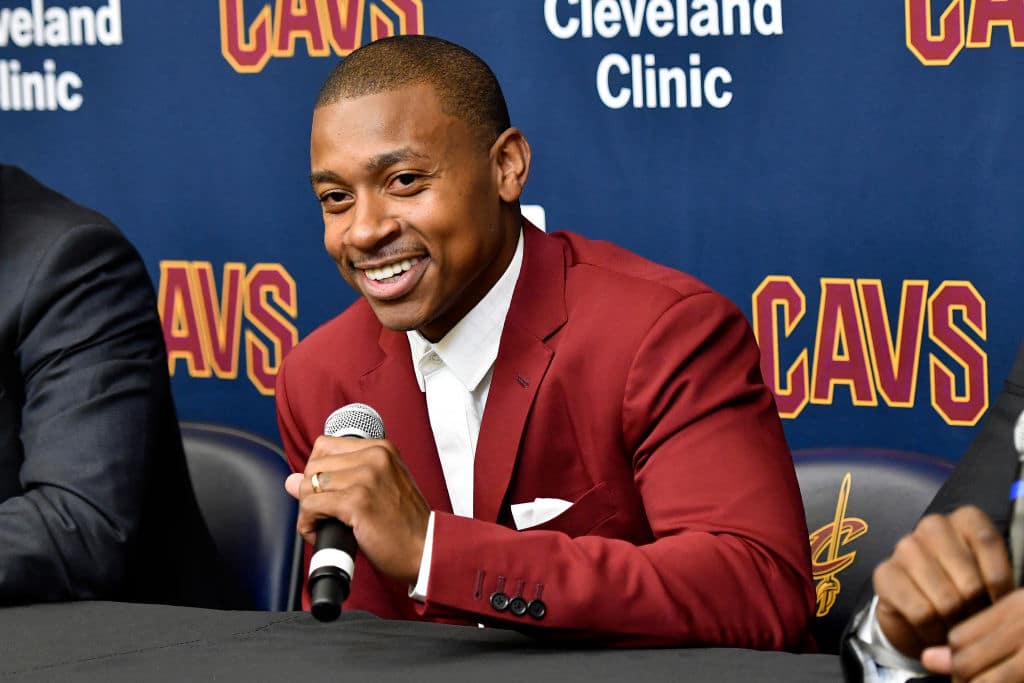 Cameras were rolling when Isaiah Thomas absorbed the shock of being traded to Cleveland last summer in exchange for Kyrie Irving.

Thomas vented about the stunning deal, and a hard time believing that Celtics GM Danny Ainge could pull the trigger after everything he’d done for the franchise.

Isaiah Thomas processing the news that Danny Ainge traded him is pretty intense to watch pic.twitter.com/9JBhGYfSZ7

When breaking the news to his kids, IT put on a brave face, and said the Cavs were going to win the NBA title this season.

Per the Players’ Tribune (via FTW):

“That’s crazy…. What are you talking about? My kids about to start school. Off the strength, after everything I went through [expletive]. You’re not supposed to do that. But it’s… I mean, if that’s what he wants.

“Danny’s like that. But I mean, I’m not tripping. It’s just crazy that they would do that. Like, I’m not mad … I would be mad if I went to a weak-ass team. It’s like, we gonna win the Finals anyway.”

Thomas told one of his sons on FaceTime, who immediately quipped that the Warriors might beat the Cavs again anyway.

“But maybe the Warriors are gonna win you again.”

“Nah, now that I’m on the team, we’re gonna win the championship boy.”

Related
Isaiah Thomas: ‘I Might Not Ever Talk To Danny Ainge Again’