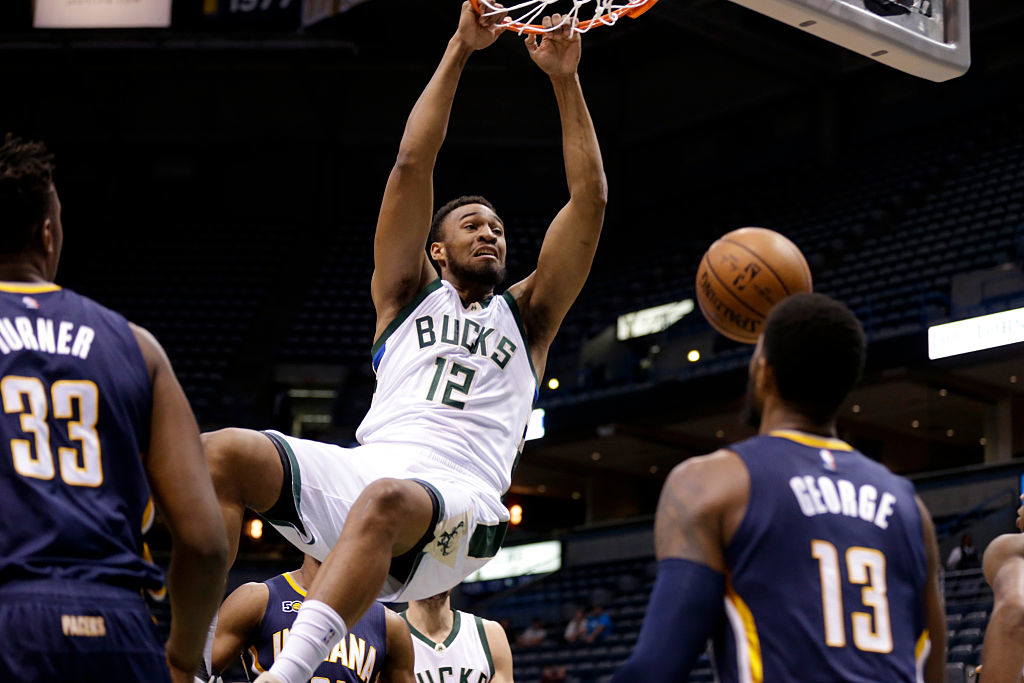 In the second quarter of Milwaukee’s 111-103 preseason win Wednesday night against the visiting Indiana Pacers, Jabari Parker drove baseline and threw down a huge one-handed jam on a late-arriving Myles Turner.

Parker finished with 19 points and 10 rebounds in 34 minutes of action.

Prior to the game, the Bucks exercised the fourth-year option on the 21-year-old’s rookie deal.

The 21-year-old Parker was the No. 2 overall pick in the 2014 draft and will be owed about $6.8 million in the fourth year of the deal. He will make about $5.4 million this season.

The Chicago native will be eligible for a contract extension prior to the 2017-’18 season, just as teammate Giannis Antetokounmpo was this fall. Antetokounmpo signed a four-year, $100 million deal.

Parker is leading the Bucks in scoring in the preseason while averaging 16.8 points. He came back from knee surgery last season and played in 76 games, including 72 starts. He averaged 14.1 points, 5.2 rebounds and 1.7 assists while shooting 49.3% from the field.