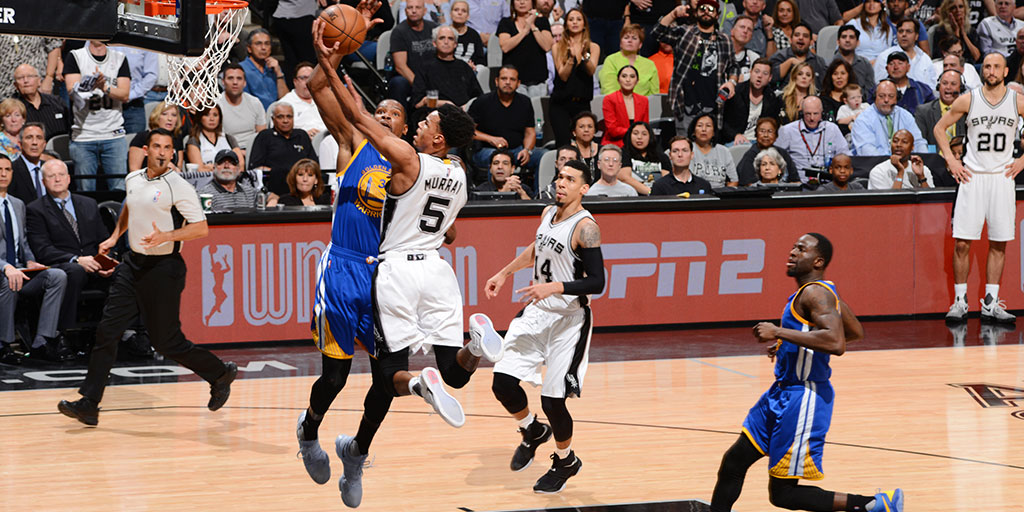 The Warriors are on the verge of reaching the NBA Finals for the third-straight year and its due large in part to Kevin Durant’s performance in Game 4. Along with an exhibition in efficiency, KD also showed off his defensive prowess with an awesome chasedown double block on Spurs rook Dejounte Murray:

This shouldn't be possible… pic.twitter.com/BOsY5Akqsx

Watch the play above.

Kevin Durant: I Made Correct Decision to Join Warriors