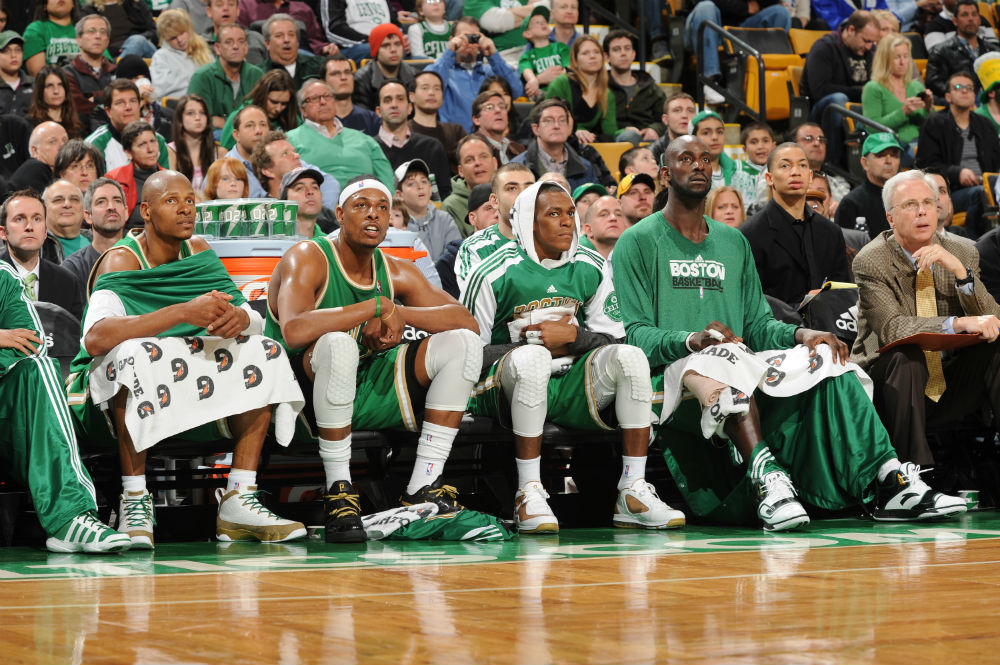 Update (May 9): Ray Allen said later on Tuesday that his Facebook was hacked, resulting in the post you see below (which has since been deleted). Allen’s page has also been unverified.

Update (May 9): Ray Allen responded with a cryptic Facebook post that features a picture of him and Rajon Rondo:

Last night the stars of the ’08 Celtics title team went on TNT but specifically left out Ray Allen. This morning, he responded (on Facebook) pic.twitter.com/zTi6G3wH5g

One notable player was missing from the equation: Ray Allen. The sharpshooter, who was a member of the original Boston “Big Three” along with KG and Pierce, left the Celtics to team up with LeBron James and the Miami Heat in July of 2012, effectively ending that era.

The group shared their thoughts on Allen and his departure during the segment.

“It was more than basketball for us… It felt like a sour breakup.”