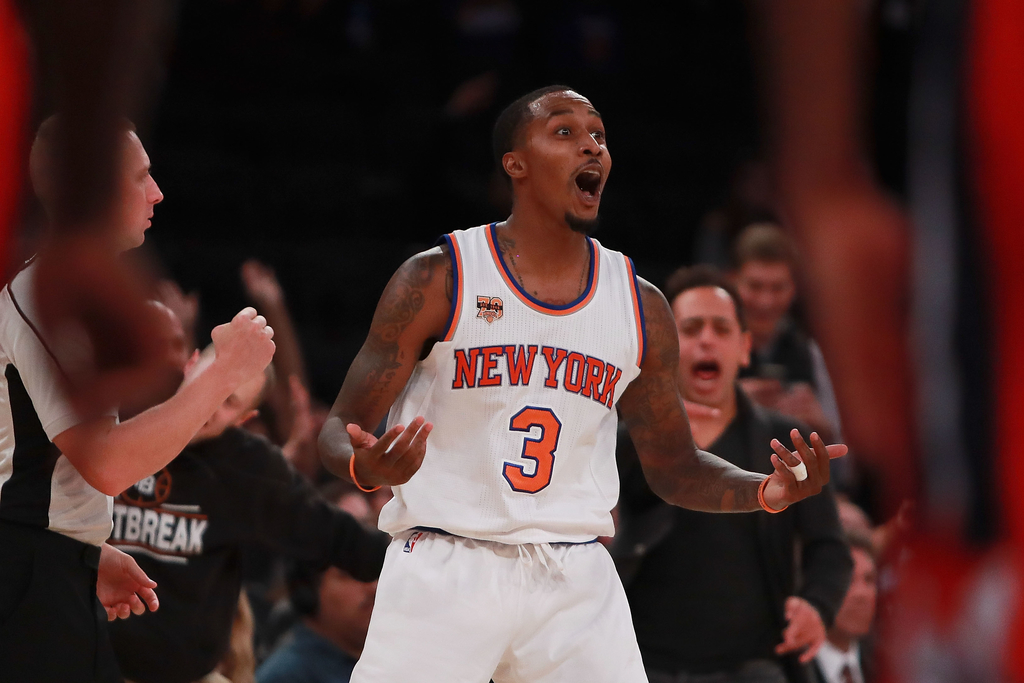 Brandon Jennings is winning the hearts and minds of New York Knicks fans.

The 27-year-old put on a show at Madison Square Garden in the Knicks’ 90-88 preseason win Monday night, and his third quarter tussle with Washington Wizards guard Casper Ware led to chants from the crowd.

Jennings inked a one-year deal this summer and obviously loves being a Knick.

“I found something personal,” Jennings said. “And I smelled blood out there.”

“This is New York, the concrete jungle,” he added. “When you walk in the Garden it’s not going to be sweet at all.”

“His energy, the way everybody responded to it in a positive way, they got the crowd into it, they got us into it as teammates,” Anthony said. “I think the game changed right there. […] Jennings has started two straight games with (Derrick) Rose 2,500 miles away, providing highlight passes, attitude and energy. On Monday, he scored 11 points in 27 minutes, while Carmelo Anthony (19 points) and Kristaps Porzingis (15) paced the scoring. Lance Thomas hit the game-winning free throws with .02 seconds left to lift the Knicks to 2-1 in the preseason.

Related
Brandon Jennings: ‘I Just Feel Like Myself Again’