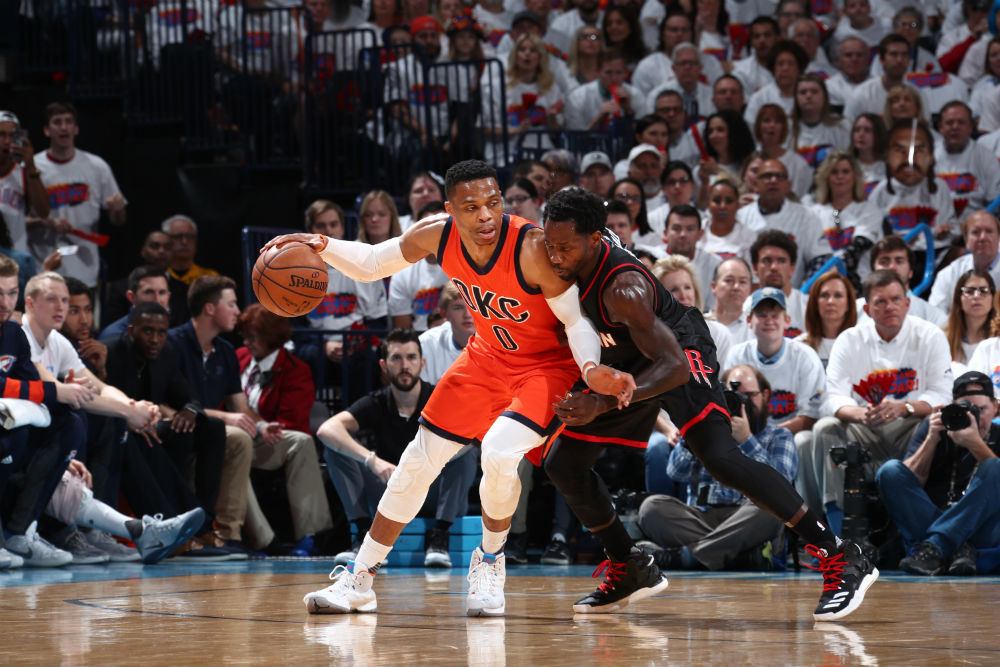 With OKC fighting to keep their season alive, Game 5 on Tuesday night was an intense one. In the fourth quarter, things got chippy between Russ and Beverley:

In their postgame press conferences, both players talked smack when asked about the minor scuffle:

Russ fires back at Beverley: “He was talking about he’s first team All-Defense…maybe he was dreaming” pic.twitter.com/DJ5ch8hE1S

The beef is real.