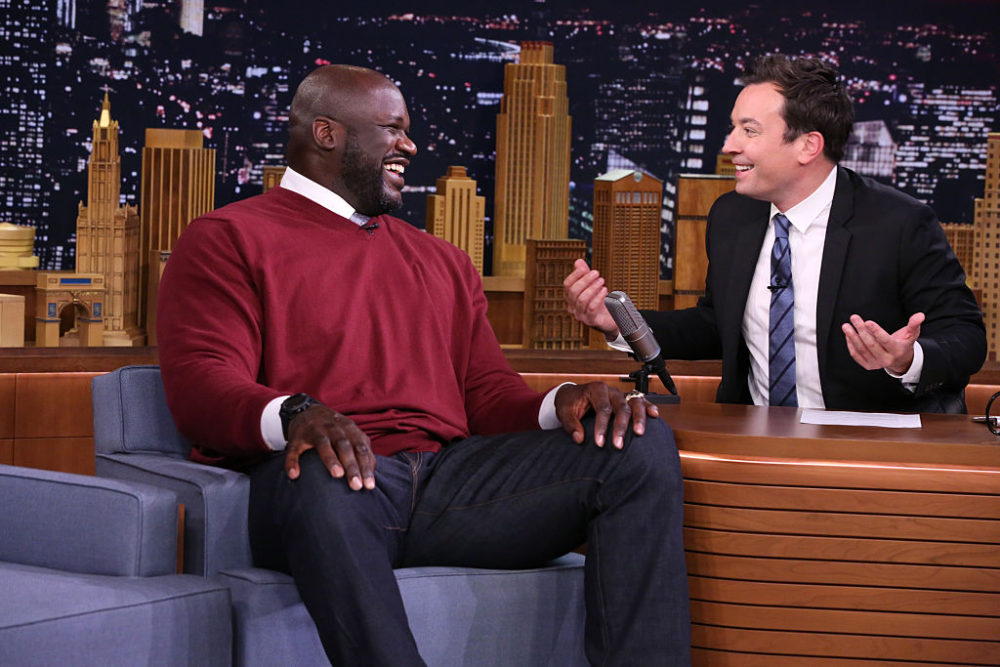 The highlight of Shaquille O’Neal’s entertaining Hall of Fame speech this past Friday night, was a joke about how former Laker teammate Kobe Bryant pushed him to win three consecutive NBA titles, then pushed him outta town.

The big fella, in a appearance on “The Tonight Show” Monday, said the two legends simply had “work drama.”

.@SHAQ sure knows how to make an entrance. #FallonTonight pic.twitter.com/3XMiJqLuYU