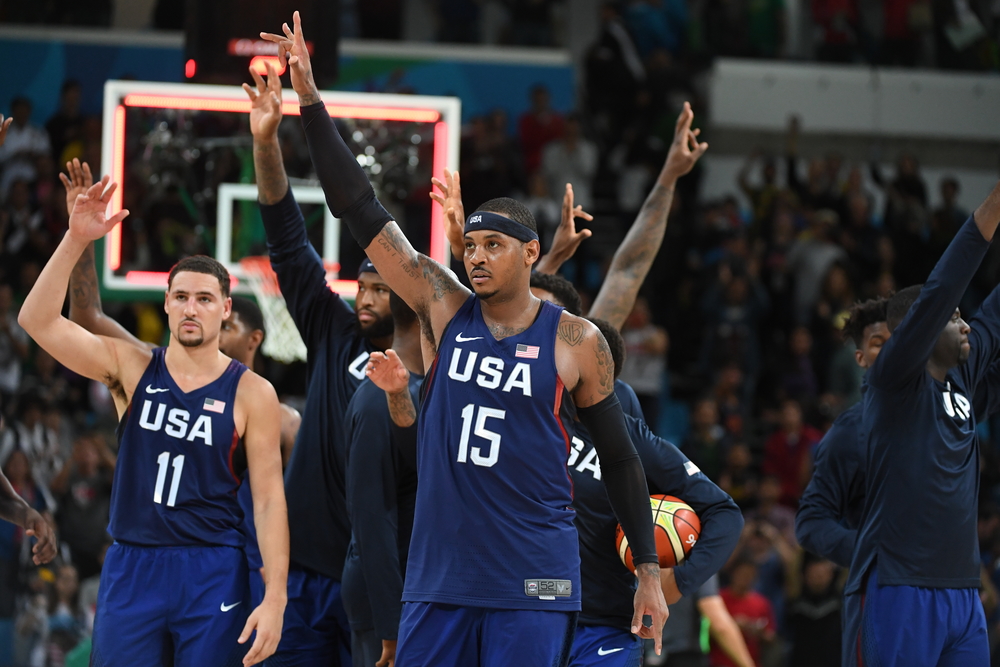 Melo finished with a game-high 31 points, moving past LeBron James as the U.S. career leader in Olympic scoring.

Irving, who was born in Australia, added 19 points and hit a dagger three-pointer late in the fourth quarter to settle matters.

A team that won its first two games by a combined 101 points could never get a comfortable lead — and for a while couldn’t get one at all. The Australians, with big bodies inside, quality point guards to counter the American pressure and a wealth of NBA championship experience, stood toe to toe with the team that had blown them out of the last two Olympics in the quarterfinals.

“It got real,” Paul George said. “It definitely got real.” […] But Anthony, the most experienced U.S. player, the first male to play in four Olympics, steadied the Americans in the first competitive game most of this new team had never experienced.

Patty Mills scored 30 points for Australia. […] After blowouts of China and Venezuela to open the tournament, the Americans trailed 72-70 with about 9 minutes left. Anthony scored to tie it, hit a 3-pointer to give the Americans the lead for good, and then hit a couple more 3s that pushed it to 83-76.