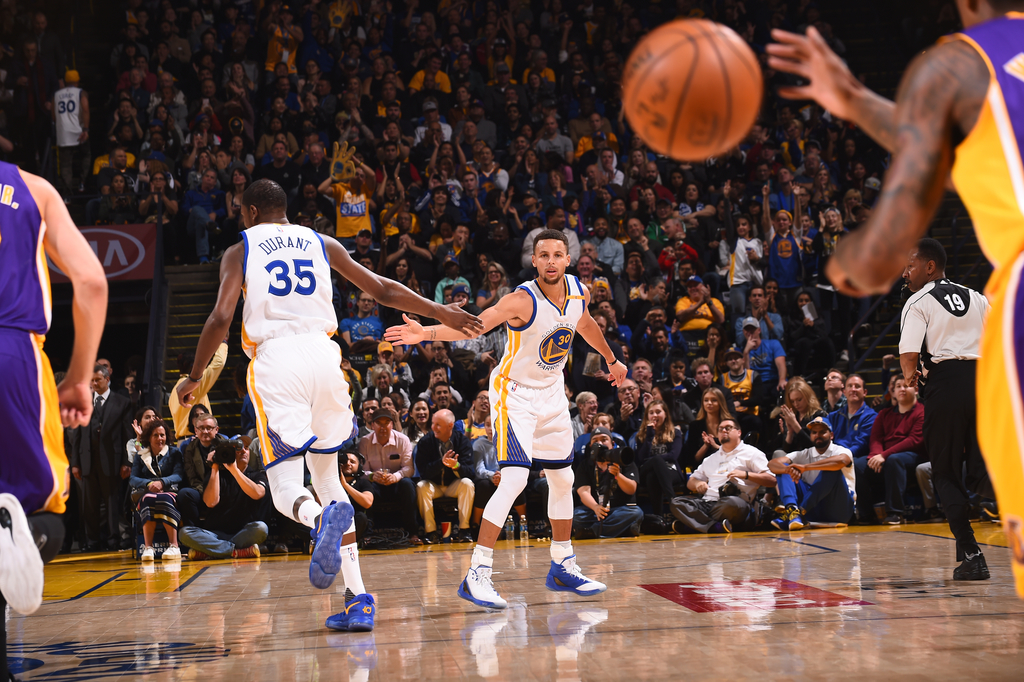 149 points and 47 assists for the @Warriors. Enough said.

“That’s pretty crazy. We almost have more assists than rebounds. That’s sick,” Durant said. “That shows we’re getting more comfortable with each other.”

Warriors coach Steve Kerr has repeatedly noted it might take time for his team to really click, yet at 15 games in Golden State was in top form — at least for one spectacular night of basketball.


”I mean 47 is a shocking number but getting 30 every night is not surprising,” Kerr said. “We don’t have to do anything spectacular, just keep the ball moving.”