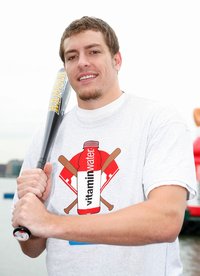 David Lee and his employer, the New York Knickerbockers, have until the end of the month to reach an agreement on a contract extension. If not, Lee will be a restricted free agent next summer.

It appears as though the Knicks are ready to allow arguably their most popular player to test the market.

“I don’t anticipate getting something done,” Bartlestein said. “As it stands, I don’t think it will happen. Donnie is still in the evaluation process with this team. I think he understands David has great value in the league, but is cautious to make a long-term commitment before he gets a feeling what direction his team is going.”

Walsh did not dispute Bartlestein’s remarks, but said he didn’t want to make it official until Oct 31. But it’s clear negotiations are over after hearing Bartlestein’s asking price. “I don’t want to make a flat statement, but I don’t think we’re at a point I can say we’re going to extend him,” Walsh said.

Donnie has, of course, no reason to rush in signing Lee to a lucrative contract right now, seeing as how he’ll have the option to match any competitor’s offer for the 6-9 forward. According to the Knicks GM, Nate Robinson will also have to wait until the summer for anything to get done on the contract front.