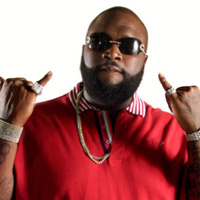 Line of the Night has been a staple o SLAM Magazine for more than a minute now, and it’s author Shannon Booher is out in Vegas. On Thursday night, he attended the Converse party and well… here it is.

All-Star Weekend 2007. Vegas. The waitin’ and anticipatin’ is over… it’s time to set it off. And how do you do that? Hit the Converse/D-Wade “All In” party in the Jet nightclub at the Mirage. Baaaaaaaaaaallllllllin’! It jumps off at 11 PM. The club entrance is setup with full red carpet/paparazzi treatment. The wall facing the entrance runs down the history of Converse footwear, from the original Chuck Taylor’s, to the monster 80s damn-near knee-high tops, all the way to the latest D-Wade model. It’s looking good already…

Inside, it’s pure Vegas club scene, remixed Converse-style. Dimly lit, modern décor, fake smoke intermittently emitted, models posing as waitresses and bartenders wearing black tees with either “All” or “In” emblazoned across the chest – it’s all there. The staff is even getting involved, dancing and singing along with the latest hot ish pumping through the speakers. Converse gets their point across, with traditional star logos and the D-Wade, Vitruvian Man-like emblems splashed everywhere. The rest of the decorations have a theme of barb wire and roses… um, yeah, I don’t get it either. Tough love? Who knows, either way, it was fly. To top it off and get the mood completely right, just “relax ma, and let the Belve flow” – free food and drink! That’s open bar and hors d’oeuvres, including cocktail shrimp, mini Kobe beef burgers, crab cakes, tater tots, mini tacos and mini pizzas.

The scene is set, so now it’s time to really get the party moving. Caron Butler is the first guest of note to make an appearance. The well-dressed (suited and booted) first-time All-Star and his small crew set up shop in a corner dance floor booth, playing it relatively low key. Behind Butler sits the DJ booth, which separates him from another level of visible VIP tables (I’m talking full-service VIP – huge bottles of vodka and rum are flowing, all types of juices, Red Bulls, etc., security and various staff rushing to serve these folk, hotties dancing on poles, etc.). Behind that is a narrow hallway, with a partially see-through wall. Through this glass, the ultra-vip room is visible. Security blocks entrance to all but the ballingest of the ballers. And, as if those folk needed it, free D-Wade merchandise is passed out inside.

More and more celebs start to make their appearance, including Aaron Williams (he was with me in the cab line at the airport as well –gotta love millionaires who ain’t to proud to stand in the cab line!), Jameer Nelson and crew, Mario Elie, Jerry Porter (the Steeler, not the
Blazer!) and crew, a couple of boxer-looking cats, an unknown former NBA Euro, Kenny Smith and his amazingly hot and amazingly young wife (I’m not sure which number is higher… The Jet’s wife’s age, or the Jet’s peak points+assist average!) and Nick Cannon (arguably the star of the show). A
little bit later, the man of the hour, D-Wade, makes a humble arrival, only marked by a DJ shout-out and crowd applause. The next All-Star to step in
the arena makes a bit more of a splash. Led by a brightly-clothed, hoodied-up J.R. Smith, the Carmelo Entourage makes it’s entrance. Melo is
rocking a black leather coat and black hat, with a full crew in tow, all wearing matching C. Anthony, Hood Community tees. After getting their piece
of the bar freeness, they made their way to a prime real estate booth adjacent to the stage.

There’s a stage you ask? Who’s performing? Here’s where it starts to get wild. With Dwyane Wade and the Heat, you know that there is A LOT OF STUFF GOING DOWN IN DADE COUNTY! From the M-I-a-ohhhhhhhhhhhhh, Rick Ross, blinged to the fullest (absurd diamond watch, gold Carol City Cartel chain) took the change and ripped it, despite a horrible sound setup. Mr. ROOOOOOOOSSS welcomed us all to “Ross Vegas”, and on top of “Hustlin'” and “Push It To The Limit”, he introduced an original Converse promotional track. Oh yeah, and don’t mess his bodyguards – beasts! Melo (with apparent acquaintance Jadakiss in his little section) and Nick Cannon were really feeling the performances. You might even say Cannon was Wild ‘N Out! And yeah, that was performances plural… more on that later.

Did I mention Amare Stoudemire showed up during all this? How about Jason Kapono? And Linda Cohn? Yeah. Linda Cohn, SportsCenter anchor – unbelievably hot! Yes, unbelievably… I didn’t even know it, but live and in person… wow. I know, I know, you’re not believing it… that’s why the emphasis is on unbelievably! Just ask David Aldridge and Jason Jackson, who were hanging with her throughout the night! Surreal life, the ESPN edition.

Back to the program. After Rick Ross had tore it down, Converse put on a little fashion show for D-Wade’s historical (first ever for
Converse) fashion line. Models included Wade’s sister, mom, Nick Cannon, Kenny Smith, and even his old high school coach. The gear was looking hot too, should do well. Wade wrapped that up, keeping it humble and thinking everybody. Kenny Smith had to drop some knowledge though, with this quote: “A lot of NBA players have their own shoe lines. The difference with [Wade]? He earned his.” Real.

So the star of the show has had his moment, and the product has been pushed. You think that’s it right? Uh-uh. The best just got bester. The hot just got hotter. The DJ introduces one more special guest performer, straight from the Chi… COMMON! Oh hell naw! The boy tore it up.

The absolute highlight of the night was Common freestyling over Jay-Z’s “Lost One” beat, working every notable person in the room into the rhyme. So, so, hot. COMMON JUST RIPPED IT ON NBA ALL-STAR WEEKEND! Unbelievable.

From there it was wind down mode. Nick Cannon took over on the ones and twos (best music selection of the night, for sure) and the ballers gradually filed out, including Dwyane Wade exiting while singing along to Mims’ “This Is Why I’m Hot”. Yes, indeed, it is. As the DJ repeatedly said all night, “Now that’s heavy!”.

Other random notes: The wristwear was the must have bling, with Rick Ross, Carmelo and Kenyon Martin vying for the Ghostface obnoxious watch/bracelet award… We love you, Linda Cohn… Is anyone else surprised that in person, Melo makes Amare look small? Maybe it was the hipster, tight t-shirt STAT had on, but I was taken aback… Aaron Williams holds it down in the club… Quick, name the combo guards seen conversating near the cab line at the Mirage… if you said Ben Gordon, Charlie Bell and Andre Barrett, then you nailed it…