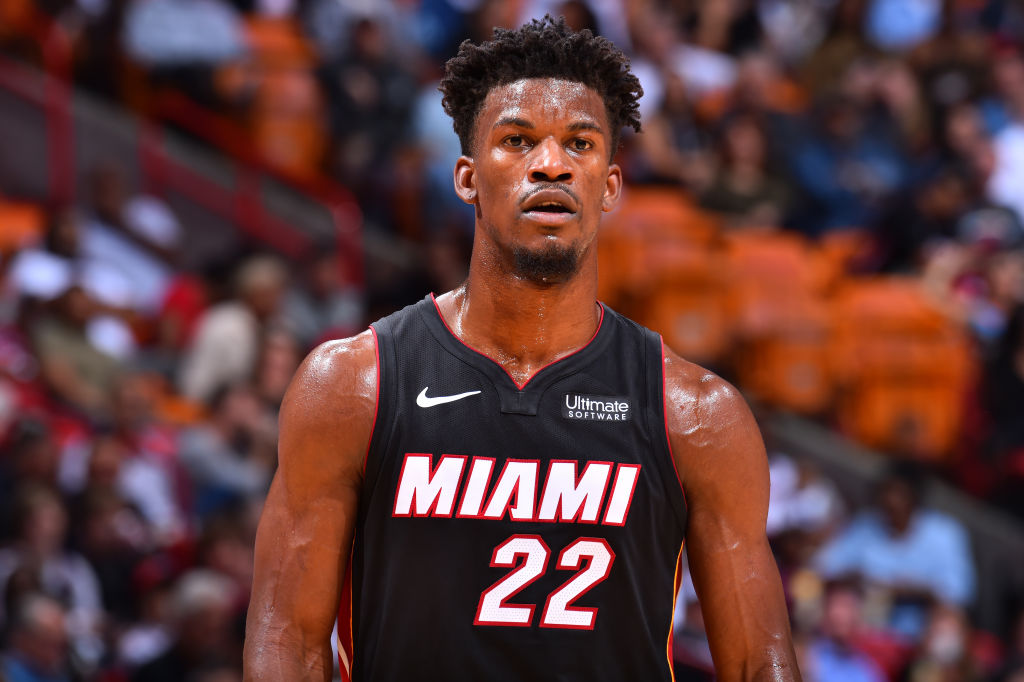 Jimmy Butler proclaims that the Heat are “for real.”

Miami is off to a 10-3 start, and Butler says no one “wants to play against us.”

“We’re for real. I don’t think anybody wants to play against us and that’s the way we want to keep it.”

The Heat has some appeal as a potential party-pooper on the expected Milwaukee-Philadelphia showdown in the Eastern Conference finals. Butler thinks Miami can be much more than that.

“The ceiling is a championship. And I don’t care what nobody has to say,” Butler said. “If the stars align, we can get it done. If we figure this thing out, we stay together, we get our defense on track, we get our offense on track, and we become top five in both categories, we right there. We right there. We’ve got an opportunity to do something special and we’re working at it every single day.

“We’re not worried about how many young guys we got. How many young guys we got. We’re just worried about us, as a unit, as a whole. Coach [Erik Spoelstra] is great, great, in so many areas of the game. He studies it, like a madman, because he’s a madman. And it’s even better because we’ve got a bunch of guys that’s obsessed with this shit. I’m not saying there aren’t a lot of guys around league that our obsessed with it. I’m saying we got some muthafuckas that, it’s only so much you can study, but if there is any way that you can, they studied it. We studied it. It’s a special group. You may not know many of their names. I know care, they don’t care, we don’t care. You’ll know sooner or later.”