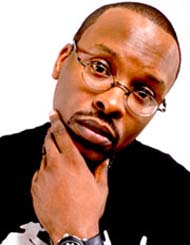 When I was in Sevilla over two months ago, my buddy and I were walking down the street late at night and we noticed a poster for a DJ Jazzy Jeff concert that was going to take place two days after we were gone. “Hmm…that’s too bad,” I thought, though I mostly figured, as an American, it would have been cool and easy to talk to “Jazz” about why he always got thrown out of the house and why he always wore that cologne that pissed off Uncle Phil so much. Little did I know, Jeff’s new album Return of the Magnificent, is, well, magnificent. At the very least the Allen Iverson inspired rant “Practice”, featuring J-Live, is fire. Check it out!