The Thunder wrap things up in the first round, while the Hornets and Trail Blazers tie their own things up. 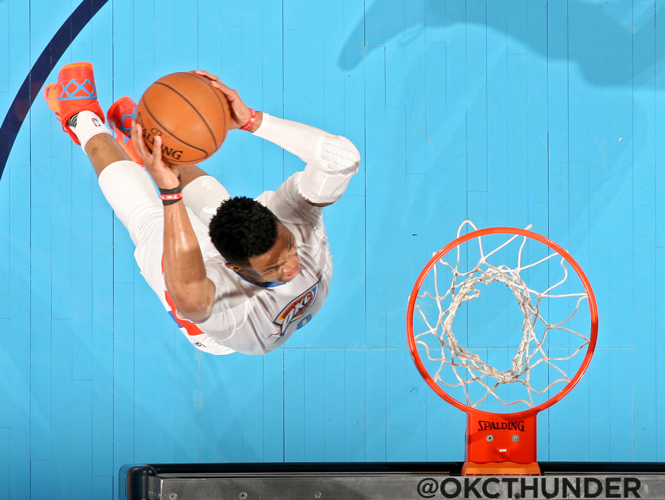 Jeremy Lin and Kemba Walker showed up tonight to tie their first round series against the Heat at two games apiece. Walker finished with a game-high 34 points, and Lin added in 21 points off-the-bench.

The OKC Thunder took care of their first round business tonight, by ousting the Dallas Mavericks from the postseason. Kevin Durant finished with 33 points, and Russell Westbrook contributed a near triple-double with 36 points, 12 assists and 9 boards. Watch them do work in the video up top.

Behind a career-high 30 points from Al-Farouq Aminu, the Portland Trail Blazers beat the Los Angeles Clippers in Game 4 of the 2016 Playoffs. CJ McCollum added 19 points in the win. For the Clippers, things weren’t too bright, as Chris Paul went down with a broken hand in the loss.