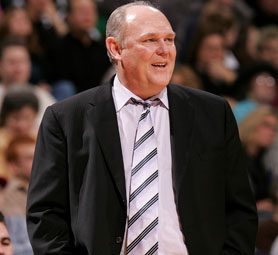 I must start by beginning this truncated version of the Western Conference Wrap by admitting to having seen, heard, or read little about the NBA over the past two weeks. Fortune somehow placed me on a narrow 2-mile stretch of land in the Bahamian island chain of the Abacos for 8 days without cell coverage, internet feed, or a satellite hook-up.

When I left civilization, Kobe was in the midst of his five-game scoring barrage, the Mavs, Suns, and Spurs were battling for conference supremacy, and Jeff Bzdelik still was coaching in Colorado Springs, not Boulder.

Upon my return to the states, I was lucky enough to catch both semifinal games from a semi-shady airport motel in Fort Lauderdale and the Suns/Mavs contest the next day at home. Everyone loves preaching the necessity for defense come “title-winning” time, but this Suns TEAM is starting to prove their footloose attack can work against even good defensive teams (see the Florida Gators).

The one thing, however, that has been weighing on my mind was a piece of news that was public knowledge even before my trip. On Monday, Boise State senior guard, Coby Karl started his first round of treatment for his second battle with cancer. Just over a year removed from undergoing a similar surgery, Karl was re-diagnosed two weeks ago. Oddly enough, 15 months ago on a holiday trip to the islands, I was staying at the very same Florida motel that I spent this past Saturday night conducting a bathroom interview with Coby for a HYPE piece for issue #96. He was just weeks away from learning of his first diagnosis, and from my brief interactions with his dad, Nuggets’ coach George Karl, father and son were close on and away from the court. Remember this was just around the time when Karl had taken a leave of absence from the team to deal with a cancer diagnosis of his own.

When news broke that the junior Karl was diagnosed with cancer of the lymph nodes, it was tough for the elder. In between periods of choking back tears, the coach would expound at length about how difficult the situation was for him at that point. His team was obviously not setting the world ablaze, his own mortality had been recently called into question, and now his own son was faced with similar prospects.

He spoke of how dealing with his son’s situation made his own seem so small.

He spoke of how important it was that he always could get a couple days off during the year which he would use to go see Coby play.
He spoke of being a dad.

I am a dad.  This past Friday in the Bahamas we celebrated my daughter’s first birthday. My thoughts and positive vibes are with the Nuggets’ family these days. The end of the WAC season and spring break saw Coby become a visible member, traveling with his pop almost akin to his younger days when he was a Milwaukee Bucks bellboy.

Last night with major playoff implications on the line, the Nuggets got a big win over the Los Angeles Lakers at Staples Center. George Karl was not working the sidelines nor even in the state. There were far more pressing matters at hand.