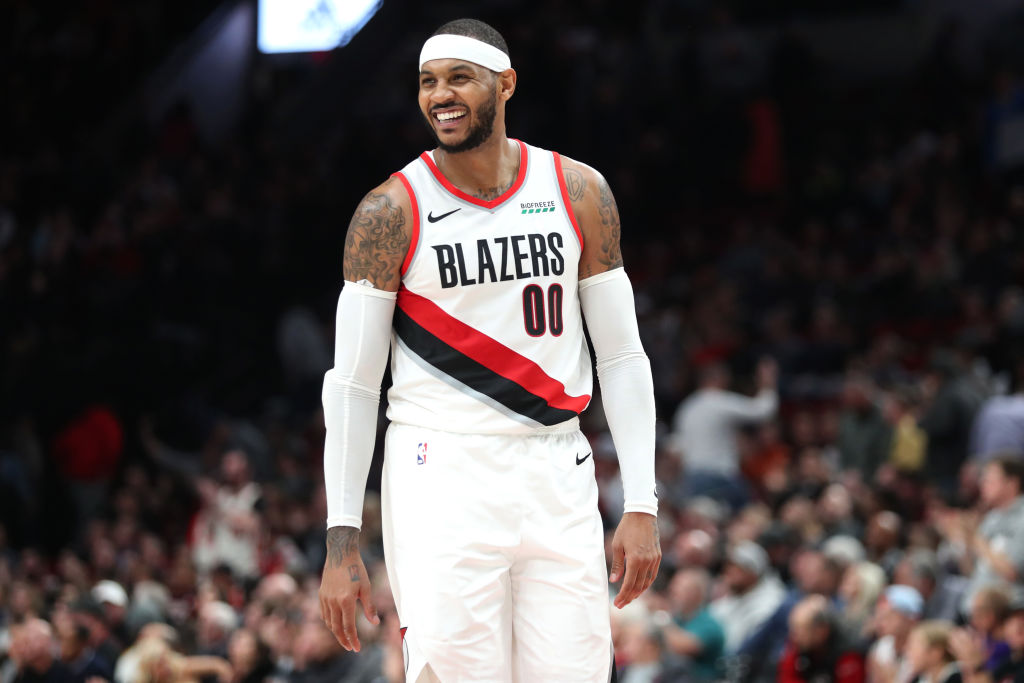 Carmelo Anthony had a great run with the Portland Trail Blazers in the 2019-20 season, averaging 15.4 points and 6.3 rebounds per game. Now, set to be a free agent this summer, he has certainly shown enough to earn another contract to continue playing somewhere in the league.

For starters, he seemed to have enjoyed his time in Portland last season. After their season ended, he had great things to say about the organization when asked about his future in the league.

However, according to Jason Quick of The Athletic, a Blazers reunion may not be as likely as we think. Quick writes that if Anthony were to return it would likely need to be in a different role than the one he saw on a shorthanded Blazers team in 2019-20, a more complementary role off of the bench.

The forward spots will definitely be somewhat crowded next season for Portland. Even without Anthony, they still have Trevor Ariza, Rodney Hood, Zach Collins, Nassir Little and Mario Hezonja who are all capable of playing the four.

This is something to think about for both parties. If it weren’t for injuries, this logjam at the power forward position may have been an issue even last season. Collins, Ariza, and Hood played a combined 53 games, which gave Anthony more of a chance to contribute.

Next season, with everyone presumably healthy and ready to go, rotations would look a lot different.

Regardless of where he plays in 2020-21, Anthony has shown once again that he can score the ball at a high level. Known for being one of the purest scorers in the history of the league, he still can do it on the offensive end. But where could he end up if it’s not on the Blazers?

Marc Berman of the New York Post recently reported that if Chris Paul finds his way to New York through trade, Melo could follow in free agency and join him on the Knicks. Both players were represented by Knicks president Leon Rose when he was basketball chief of Creative Artists Agency.