Who Is Sam Cassell’s Rightful Heir? 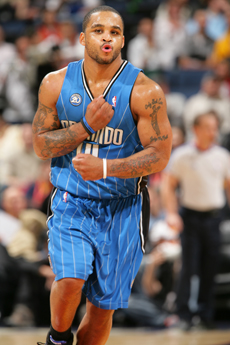 With Sam Cassell yet to play a minute this season and appearing for all intents and purposes to have retired as a player, the NBA has a noticeable void. Although Sam’s story is far from over—he’s destined to be on a studio show sooner rather than later and make Gary Payton look like Joe Buck. (I have seen Sam Cassell in person exactly once, in the locker room before his last game as a Clipper. There’s no describing what the experience is like. He’s like the extreme of everything you think he would be, only more so. My then-boss, the great Brian Kamenetzky, said, “When Sam becomes a head coach in this league, I will immediately move to that city and try to cover that team.” He was kidding. I think. I cannot wait for Sam Cassell’s next job, is what I’m saying here.)

So it will be many moons before we have to say goodbye to what we love about Sam off the court, but Sam The Player has left a void as well. So few guards become high-level players through attitude and sheer will to make shots—Sam’s

court vision wasn’t even all that good, and he shot with his feet touching, but when he got the ball he knew in his mind he was going to score. And all that wonderful ethos of Sam was encapsulated by his signature big balls dance, the greatest random NBA quirk ever, according to this official list I just made:

In any case, on at least two occasions NBA players have tried to revive the big balls dance this season:

1. Kobe Bryant vs. San Antonio Spurs
Notice here that, as one would expect from Kobe, the form on the big balls dance is absolutely textbook—the dance is done at a jogging pace, the legs are splayed out in the correct position, the hands are swung in perfect counter-motions with each other and the finish is extended so as to accentuate the size of the pantomimed big balls. Kobe Bryant: meticulous about all things basketball.

2. Andre Iguodala vs. Boston Celtics
Not only was this much worse form, but ‘Dre’s decision to break out the dance while its progenitor was on the opposing bench watching was particularly foolish.

The truly important thing to note about these instances is that in both cases the team lost on the subsequent play—Kobe’s game-winner was stolen by an improbable 20-footer from Roger Mason Jr. while he was getting fouled, and Andre’s Sixers immediately fell victim to a perfectly designed play to get Ray Allen open for the game-winning 3. Clearly, what has happened here is that the big balls dance is cursed, and will cause anyone who impetuously uses it will be cursed by the basketball Gods. (Basketbawful picked up on this phenomena as well.)

Logically, the clear obvious next step is that one heir to the big balls dance needs to be named and bestowed with its power in a secret ceremony by Sam Cassell on his mothership, so the dance may remain in our league without being further cursed. That much is obvious. The tricky part is trying to figure out which player deserves having the honor bestowed upon him. Here are my nominees, in no particular order:

Pros: Generally considered the best last-shot player in basketball and unquestionably unafraid of taking, and making, big shots. Leads NBA with an average of 57.3 points per 48 minutes in “clutch” situations. The Mamba.

Cons: Already tragically misused the power of the dance once and may lack the necessary responsibility. Arguably such a virtuoso talent as a scorer that the dance is incongruous. More than anything, is too insecure in how he presents himself and attempts to manicure his image far too much—we’ve seen “hate me if you want” Kobe, private Kobe, awkward attempt at humor Kobe, “seriously, I’m a good teammate” Kobe, and “I am a basketball robot sent to demoralize your players and burn down your village” Kobe. He doesn’t know who he is, we don’t know who he is. The Dance requires a unified vision of self and confidence to unfurl the swagger that entails.

Pros: The League’s other marquee star, James, like Kobe, always has the ball in his hands as the clock winds down and may quietly be even more productive in the clutch than Kobe—his “clutch” stats have been as good, if not better, than Kobe’s for three years, with only 0.3 less points per 48 on seven less shots and five more assists per 48 this season. And LeBron’s Cavs have consistently been a great team in close games, playing as well in close games last season as any team ever has. Despite all this, LeBron doesn’t have quite the closer reputation others enjoy. Calling some attention to his prowess could silence some critics.

Cons: While he’s adept at scoring when the pressure’s on, LeBron’s much less of a final-shot assassin than Kobe and only has one buzzer-beating game-winner in his career. What LeBron does do is take the ball to the basket on the game’s last play as well as anyone ever has, which presents a problem.

The swagger represented by the dance in question is a David’s sling for the smaller players to defeat teams through sheer confidence in self and ability to do the near-impossible. LeBron’s game-winners are a representation of his completely overpowering physical gifts and skill. While that certainly requires confidence, it doesn’t require the confidence that tossing up a 20-footer with two hands in your face does. And the crab dribble is not a good thing to have on the resume. Also, many national media members would probably interpret the dance as a pantomime of subway tunnels, a clear hint that he plans to leave for New York.

Pros: Last year, the top tier of “clutch” players was Manu, LeBron and Kobe. Manu’s team is the one that’s won rings recently. The go-to scorer on a team that’s the League’s most notorious for finding ways to win.

Cons: A thousand times no. I’m pretty sure Manu thinks the dance means “I have accumulated a lot of change and am unsure what to do with it, so for the moment there is much change in my pockets, which I find unwieldy.” Also, no.

Pros: Actually, Anthony is probably the best last-shot player in the NBA, having made game-winning—or tying—shots at a much better clip than anyone else, with 10 makes.

Cons: …In the regular season.

Pros: They more or less cancel each other out—House is a dead-eye shooter with limited skill in other areas but off-the-charts confidence and willingness to put shots up, while Allen is tremendously skilled and mild-mannered but is an absolute assassin at the end of games, Thursday’s brick against the Lakers notwithstanding.

These players are very good, especially in the clutch, but the following are my finalists for the honor:

Pros: A budding assassin, he’s already got himself a very nice reel of game-winners. He’s still growing into his personality, and it could benefit him tremendously to give OKC fans a healthy amount of swagger to get behind. But still, his combination of height, shooting ability and confidence all absolutely scream future assassin.

Cons: Let’s see how the kid does when he’s got actual pressure put on him. This is a decision we can’t afford to be wrong about.

Pros: Already has two huge game-winning 3-point plays on national television to win games to his credit. An absolutely unconscious shooter from deep. In crunch time, has a ridiculous 70 percent eFG on jumpers. Has an assassin’s name, even. Being a non-big 3 guy who takes the big shots = definitely swaggerous.

He seems to be the Spurs’ new “For all the stars everyone has, he’s the guy who represents the difference between a win and a loss” guy, a role Robert Horry previously filled. We lost Horry to cheap-shotting and evil. If Mason can inherit the dance, he could be an infinitely cooler clutch guy and bring joy and phenomenal swag where there once only was a lack of emotion and flopping in the valley of desolate winning that is the Spurs. Let a new dawn in San Antonio arise from Roger Mason’s private area.

Cons: Mason is more of a catch-and-shoot guy than we’d like to see, as it’s not really his decision to be taking big shots. Then again, Bob Horry was the same way.

Pros: Like Steve Nash was in past years, Nelson is very quietly the best outside shooter in the NBA. (Fourty-five percent on 3s with only 65 percent on assists and a second-only-to Allen 50.4 percent on midrange shots, with only 8 percent assisted. Allen is at 41 percent and 53 percent with 93 percent and 46 percent of those attempts coming on catch-and-shoots.) In crunch time, his field goal percentages go to 52 percent from the floor and 60 percent on 3s while he averages 35 points per 48 minutes.

Nelson fits the Cassell-Olajuwon paradigm perfectly of a center and guard: Howard does the yeoman’s work in the paint for the first three quarters, but when the clock winds down, it’s Nelson who puts the team away. He won shootout with Kobe on national television by making bomb after bomb. Despite being a winner in college and someone who comes with skill and savvy over explosiveness, Nelson was passed on by 19 teams in the Draft and traded. He was then overlooked and shopped for his first four years in Orlando. A man on a mission. The rightful heir to Cassell. Also, could use a dash of exciting about him.

Cons: Tragically, he is out for the year, just as he was becoming one of my favorite players. But he will be back, and this honor lasts a lifetime. Jameer will return, with a chip on his shoulder as large as the scar on his bicep. And he will be hitting big shots. And he may even have a new dance.

As I was about midway through this, I noticed that the great 82games.com has finally brought back its “game-winning shots” data. I implore you to look at it yourself and use it to decide who you think the rightful heir to the dance should be.