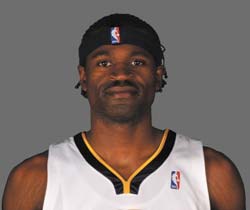 Before I get into the post, let me throw on my Dave Zirin hat…

OK, so according to a column written by Mitch Lawrence in the NY Daily News on Sunday , David Stern and his lieutenants have decided that NBA players need to be parented just a

liiiiittle bit more. After the tragic death of Denver Broncos cornerback Darrent Williams outside of a nightclub on New Year’s Eve, the League got shook—“Whoo” Jackson licking shots outside a nudie bar this summer probably didn’t help matters much either—and has decided that some after-hours spots should be off limits to NBA players.

Apparently, the NBA feels it’s their job to tell the grown ass men (some of whom have families) making millions of dollars and leading adult lives which clubs they may or may not frequent.

“the NBA this past week ordered its security forces in all 29 cities to come up with a list of clubs and other night spots that should be made off-limits to players. Once the clubs are identified, with the help of local law enforcement, the league will send a directive to teams mandating that players avoid those spots or be subject to a substantial fine.”

It should be noted that this juicy item only appeared in Lawrence’s column and has yet to be confirmed by any other major media outlet (at least none that I know of). However, should this be true, you can bet things between the League and the Players Union will become testier than usual. Not only are all kinds of civil liberties at risk here, but this reeks of incredible arrogance (not to mention paternalism) on the part of Stern and co.

There are so many questions here, most of which I’m not sure an adequate answer can be found:

-How would the League and these law enforcement officials determine which clubs should be off-limits?

-Anyone willing to bet that Utah law enforcement authorities will have the easiest task of all?

-How crazy would the League have to be to believe this kind of thing would pass?

-After the disaster of the new ball, how could they roll this out?

-Who would pay the fines? The players, the teams, or both?

-What kind of spin is the League going to put on this?

I never thought I would say this, but I think David Stern has lost his magic touch.