Why I Love The WNBA 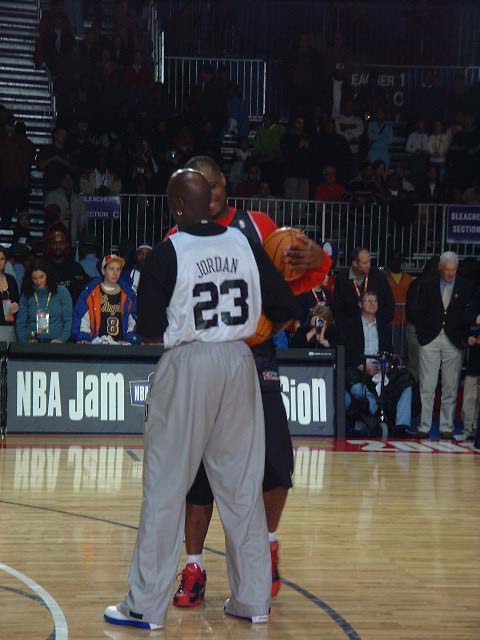 Hey all, it’s nice to be here. Perhaps some of you followed my rather erratic blog on Blogspot, which was updated about as often as the Celtics’s uniforms. The thought is, by shifting to the official SLAM site, where I’ll have more of a chance to interact with you all, I’ll be posting more often. Or, if there’s still not much of a response, I’ll give up following basketball entirely, move to Nepal, and learn to knit alpaca sweaters. One way or another there’ll be a change.

I’ve been instructed to use a photo with this introductory post, so I should probably come up with something basketball-related to write about—thus making said photo relevant. Team USA seems to be the topic du jour, but I didn’t watch the game against Australia (the USA eked out a 40-point win), and I really don’t have plans on watching any games unless the US reaches the gold-medal game. Because honestly, if they win, they’re just doing what they should be doing, and if they lose, I don’t want to see it anyway.

So yeah, no photos of a saluting Dwyane Wade. Al Harrington to the Pacers? Boring. Everyone knew it was coming. Jared Jeffries to the Knicks? I’d prefer to pretend it never happened (despite the fact that, you know, he’s going to be the solution to all the team’s chemistry problems). I couldn’t tell you which NBA players turned up at Rucker this summer, nor do I have anything to say about the about-to-begin WNBA Finals (especially because I don’t even know who’s playing).

I think the best thing to do, for now, is to sign off and just use a random photo I took of Michael Jordan and Antoine Walker at the 2003 All-Star Game. Focus—and relevance—will come later. As will titles that have something to do with the piece. Um, maybe.