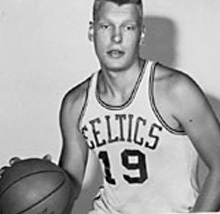 At this point, one week later, Don Nelson has probably heard everything there is to hear. Casual fans and bloggers have already sighed their collective that-guy’s-still-alives? and immediately pass him off as a has-been. Donnie Nelson, the same youthfully sarcastic, shrewd businessman and that his dad is, has probably already snarkily kidded with his 66-year-old father about whether or not his new three-year contract with the Golden State Warriors includes a lofty You Just Died Halfway Through Your Contract Buyout. Most sports journalists are showing off their collective memories or are amazed by their ability to go through 15-year-old media guides to discover that, yes, Nelson has coached in Golden State before and that also, yes, it ended in an unmitigated disaster. These are the same people who think Don Nelson is too old to adapt to the new NBA environment.

So, on behalf of Don Nelson, it needs to be said.

But maybe only on paper.

In truth, it’s those who are questioning Nellie that seem to be the ones lapsing on their glaucoma medication. Do they not remember Don Nelson, the single-most progressive, creative, makes-Mike-D’Antoni-seem-like-Jerry-Sloan coach of our era?

This is the same coach that had 6-4 (on stiletto heels, if he’s lucky) Greg Buckner defend Shaq for an entire quarter. Call him gimmicky, but do not call him too old to adapt. That would be the ultimate disservice to a guy who brought on this New NBA that everyone seems to be heralding.

With Nazr Mohammad and Rasho Nesterovic banished from San Antonio, the emergence of Devin Harris in Dallas and as long as Steve Nash is still on the Suns, the powers in the West will all play considerable minutes of smallball and two-point guard systems. When was the last two times this worked?

The 2003 Dallas Mavericks made it to the Western Conference Finals on the back of two All-Star point guards (Steve Nash and Nick Van Exel) and the surefire Hall of Fame low-post combo of Shawn Bradley and Raef LaFrentz.

And before that? The ultimate case of media amnesia: Run TMC. Tim Hardaway, Mitch Richmond and Don Nelson’s new general manager in Golden State Chris Mullin led the Warriors to the playoffs for four consecutive years with 6-8 center Rod Higgins manning the middle.

But it’s easy for everyone to forget this. Since Nelson’s hiring last week, the only talk of his first Warrior tenure was of how he traded Chris Webber and thought Latrell Sprewell was a malcontent.

Somehow, this is a bad thing.

Those same people insist that Don Nelson doesn’t have the right pieces in Golden State right now to make the playoffs. But, if anyone can make sense of this undersized, overtalented mess that Chris Mullin has created, it’s Nellie.

Point guards respond to him. As evidenced by Steve Nash, who went from the subject of boos in Dallas to NBA MVP in five years under Nelson’s tutelage, no one can create a young point guard like Nellie. Baron Davis will finally have a coach that will let him turn his team loose and the highly-touted Monta Ellis will be able to show off his run-and-gun style.

Undersized forwards love him. Troy Murphy and Ike Diogu may spend the entire 2006-2007 season playing center, but their minutes and scoring average will skyrocket as a result of it.

Oh, and Jason Richardson and Mickael Pietrus? Say you’re welcome in advance to Chris Cohan for giving up the ghost, disregarding a previous legal battle with Nelson and allowing for career highs in every category for both these two.

Why does it work? Who knows. If you know Nellie, it might be his juvenile sarcasm that’s relatable to anyone on the team. Yes, one of the oldest coaches in the league does still have that fresh-out-of-college, don’t-take-anything-seriously edge to him.

After all, he’s the only 66-year-old, non-miniature train aficionado who still has an infatuation for his toys. Now he’s just going to use them.

And don’t let the Latrell Sprewell-induced wrinkles fool you, he’ll know how to use them. Don Nelson is sharp as a tack.

And he’s much younger than you think.