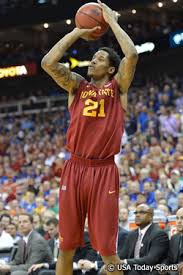 In 2008, Will Clyburn weighed his college options as he prepared to leave his hometown of Detroit. It wasn’t a hard decision—he only had one choice.

“Coming out of high school, I wasn’t one of the top players in the state. I was kind of a late bloomer,” Clyburn says. “I only got one offer and that was from a junior college. No DIs, no DIIs, no DIIIs.”

Clyburn went overlooked as the third-leading scorer on Romulus High School’s team even though they reached the state semifinals in his senior season. Yet fast forward to today, and he’s a 2013 NBA Draft prospect hoping to be selected in the second round. If his name is called on Draft night it will be the last stop on a very bumpy college basketball road.

Forced to enter the JuCo circuit after graduation, Clyburn headed 600 miles west to Marshalltown Community College in Marshalltown, IA. He needed to drastically improve his game if he wanted even a chance at playing Division I basketball.

“I was only 6-4, I wasn’t that athletic and I couldn’t really put the ball on the floor,” Clyburn remembers. “I was basically just a spot-up shooter in high school. But a lot of things changed once I got to junior college.”

In his two years at Marshalltown CC, Clyburn grew into his now 6-7, 210-pound frame. He also was able to widen his skill set and become more of a threat on the court.

“Me and the coaching staff put a lot of work in,” Clyburn says. “I stayed there over the summer and, you know, really tried to refine my game and work on my craft.”

His extra preparation paid off on the hardwood. Clyburn’s JuCo career culminated in a stellar sophomore season where he averaged 19.6 points and 8.7 rebounds per game, leading the Iowa Community College Athletic Association (ICCAC) in both categories. After that dominant ’09-10 campaign, in which he exploded for 54 points in one game, Clyburn earned first-team All-ICCAC honors and first-team All-Region XI honors.

He was finally starting to get a taste of his on-court potential.

“Aw man was it great,” Clyburn remembers. “What I put in was what I was getting out of it, and I was playing pretty well. It was just great to be able to put myself in the position to have another opportunity to play college basketball at the next level.”

The next level took notice and several Division I programs lined up to offer the Motor City native a scholarship. New Mexico, Utah, Iowa State, St. Louis and Wichita State all offered Clyburn. After eventually narrowing it down to Utah and Iowa State, he opted for Salt Lake City to join then-head coach Jim Boylen.

“With the relationship that I had with Coach Boylen, I felt like he could help take my game to the next level,” Clyburn says. “I really didn’t know where I wanted to go, to be honest. I just took a chance on Utah and was hoping for the best.”

Under Boylen, Clyburn had a successful DI debut season. He started the ’10-11 campaign off with a bang, dropping a line of 14 and 8 on Grand Canyon. His production continued throughout the season, as he led the Utes in scoring and rebounding at 17.1 ppg and 7.8 rpg. By season’s end, Clyburn was named to the second-team All-Mountain West.

Despite his individual success, Utah struggled mightily as a team. Boylen’s club earned a disappointing 13-18 overall record, going just 6-10 in the Mountain West. After a 69-60 career at the helm of the Utes, Boylen was fired and Clyburn felt it was best for him to make yet another stop on his college basketball tour.

“After that I just wanted to put myself in the best situation for me,” Clyburn says.

With his brother, 19-year-old Terrell, now playing at his alma mater Marshalltown, Clyburn decided to go just 30 minutes down the road from his old Community College and join Fred Hoiberg at Iowa State. Clyburn relished the opportunity to be a part of Hoiberg’s system, even if it meant sitting out ’11-12 as a redshirt transfer.

“I thought Coach Fred could help me out a lot,” Clyburn say. “The redshirt was good for me too. I got to compete against great players like Chris Allen, Royce White, Chriss Babb on the scout team. I got to work on parts of my game that I still didn’t really have. It was just an overall great experience.”

In Hoiberg’s up-tempo system, the Cyclones were fourth in the nation in scoring this season and Clyburn was able to flourish on the biggest basketball stage of his life. Eligible to play in ’12-13, he led Iowa State in scoring at 14.9 points per game, and grabbed 6.8 rebounds while dishing 2.1 assists a night too. After long searching for a perfect fit and a constructive opportunity, Clyburn finally was in the right place at the right time and in the spotlight.

Ultimately, he was a big competent of Iowa State’s run to the third round of the NCAA Tournament and scored 17 points in the team’s narrow 78-75 loss to Ohio State.

“It was jut a great year with a great team,” Clyburn says. “I honestly think we were one of the best teams in the country. Getting a win in the Tournament and getting on that type of stage was pretty exciting. Just playing in Coach Fred’s system was great. He put us in an NBA-like system where we played fast, shot a lot of threes and had the green light to take shots.”

Clyburn also thinks playing in Hoiberg’s system helped him prepare for this NBA Draft process. Now with a degree in Liberal Studies from Iowa State, he’s optimistic about his future. And even though he’s worked out for 15 teams, he hasn’t forgotten where he’s come from.

“Considering my past, it’s a blessing to even have my name entered in the Draft,” Clyburn says. “I’m just blessed and appreciating everything that has happened for me so far.”

Clyburn won’t even be watching the Draft to hear his name get called. Instead, he’ll be watching Terrell and the rest of the Marshalltown Tigers play in a summer league battle. 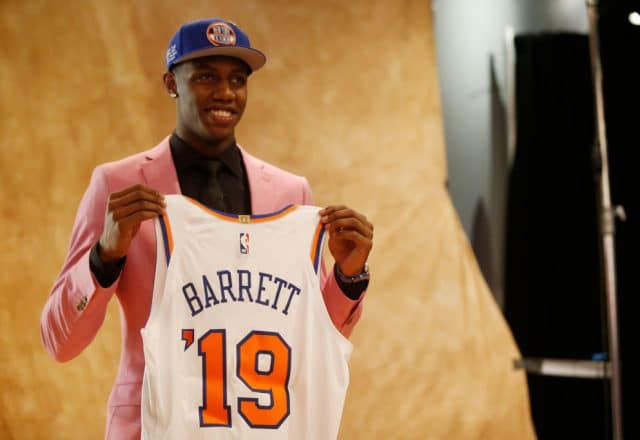