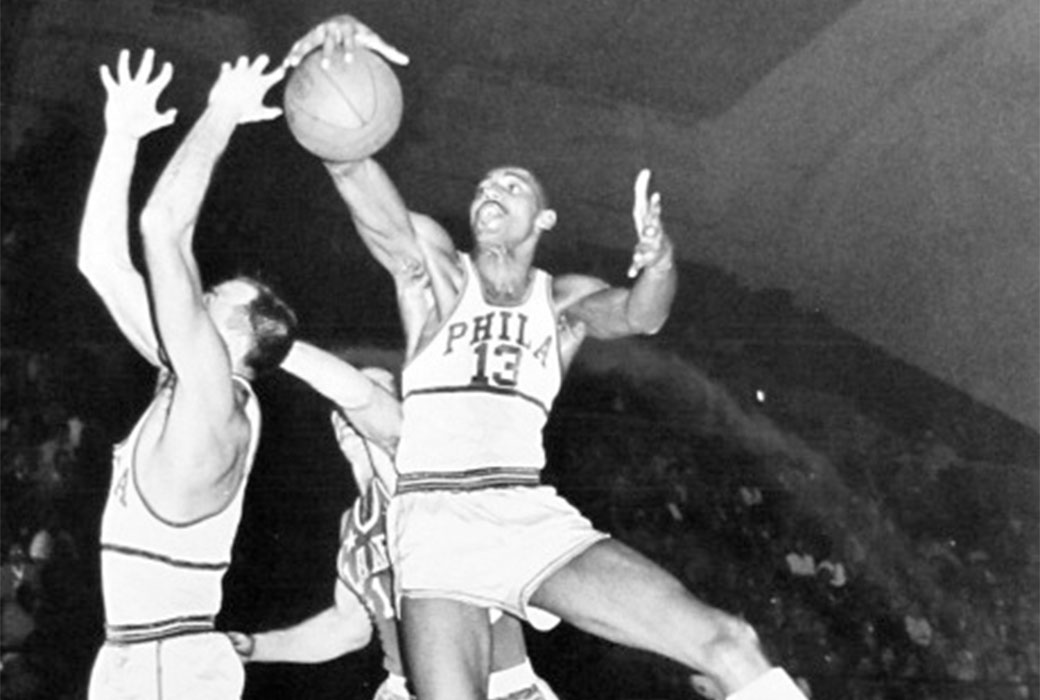 The legendary Wilt Chamberlain took the League by storm as a rookie in 1959. He made a statement in his NBA debut against the New York Knicks and dropped 43 points to go along with 28 rebounds—setting an NBA record for the most consecutive 40-point games by a rookie (he currently shares the record with Allen Iverson). That, of course, was just one of the many NBA records (8) that he broke as a rookie—months later, he scored 58 points against the Pistons to break the record for the most points scored by a rookie in a game.

Chamberlain, who averaged 37.6 points and 27 rebounds per game that season, also went on to win NBA MVP, NBA All-Star Game MVP, and Rookie of the Year. Even then, he was truly unlike anything the NBA had ever seen before.

And now, thanks to Collectable, Chamberlain’s 1959-60 Philadelphia Warriors home uniform—the same one he played all of his home games in—is up for IPO starting May 2 at 6:13 p.m. ET.

According to SCP Auctions, “This is one of the finest game-worn uniforms known to exist in the basketball memorabilia industry. This is the home full uniform worn by Wilt Chamberlain of the Philadelphia Warriors during his historic and outstanding rookie season 1959-60.”

For more information on the IPO and the full uniform, click here.