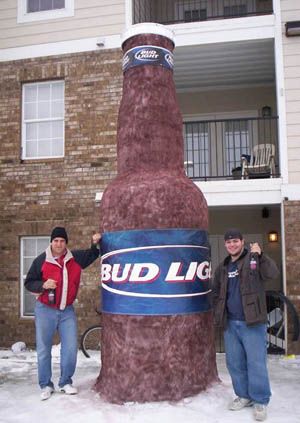 The bad news covers is much more interesting than this. Even though we were supposed to be cheering for the Mavs for professional purposes, I couldn’t do it. The Warriors are just too much fun! And now the NBA is saying that Nellie can’t drink his Bud Lights at the podium. This is America people. Prohibition was Unconstitutional! David Stern, you took a step in the right direction with the Joey Crawford suspension. Don’t go back the other way. Let the man have his relaxing watered down beverage in public. Time for W.I.N.N.E.R.S.

UTAH: I was going to go with Boozer for the 20 rebounds and key play at the end, but Mutoni said Deron Williams is “that dude”, and that’s enough for me. It was Deron Williams.

DETROIT: How many times can it be “take your pick.” Webber shot 10 of 11, going against the departed Ben Wallace (sort of). The Pistons spread the wealth. A machine. I can’t wait for people to be fooled into thinking a team from the East matters and could win the championship. I might become one of those fools.