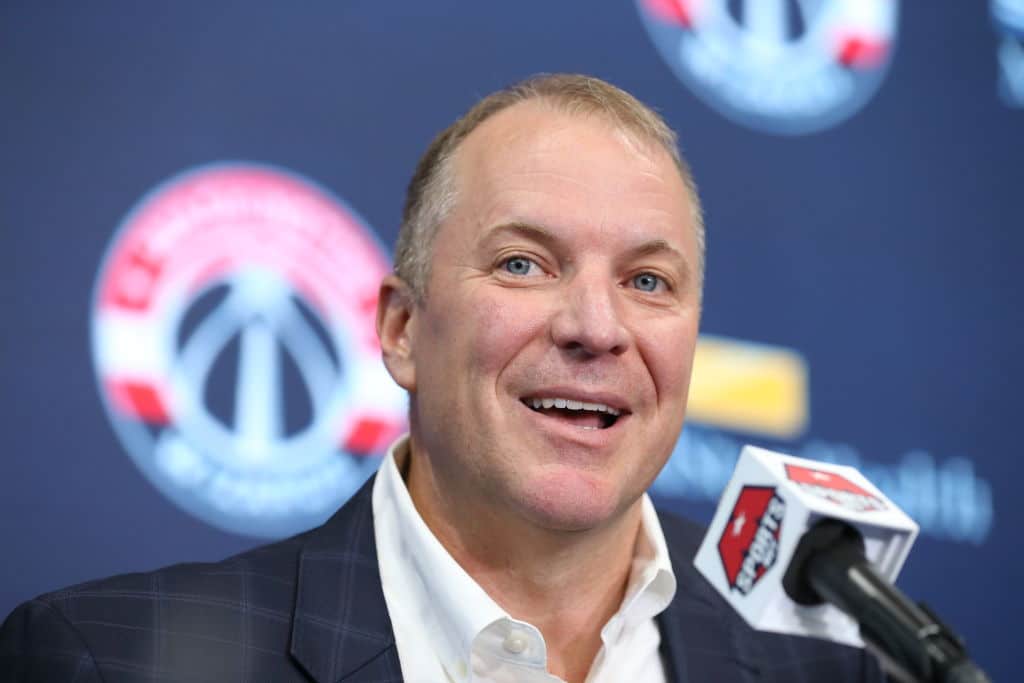 The Washington Wizards have elected to give interim general manager Tommy Sheppard the full-time job, Fred Katz of The Athletic reports. Sheppard took the reins on a temporary basis when the Wiz parted ways with long-time president Ernie Grunfeld last spring.

The club was also reportedly linked to Masai Ujiri but that claim was disputed by the organization.

Sheppard’s hiring as an in-house options comes with its benefits, including 17 years of experience with the company, many of those years served as a supporting player during Grunfeld’s tenure.

Candace Bucker of the Washington Post writes that Sheppard advocated for Thomas Bryant when he was waived by the Los Angeles Lakers last year and the big man has thrived at the five in Washington ever since.

Sheppard also oversaw the Wizards through the 2019 NBA Draft, during which they nabbed Rui Hachimura with the No. 9 pick.

Among Sheppard’s first orders of business now that he’s operating without the interim label hanging over his head will be navigating the 2019-20 campaign without crossing into luxury tax territory.

The Wizards have been fighting consistently since last season to shed costs and have gotten themselves into a bearable financial position. They’ll have an additional $30 million come off their books at the end of this season.