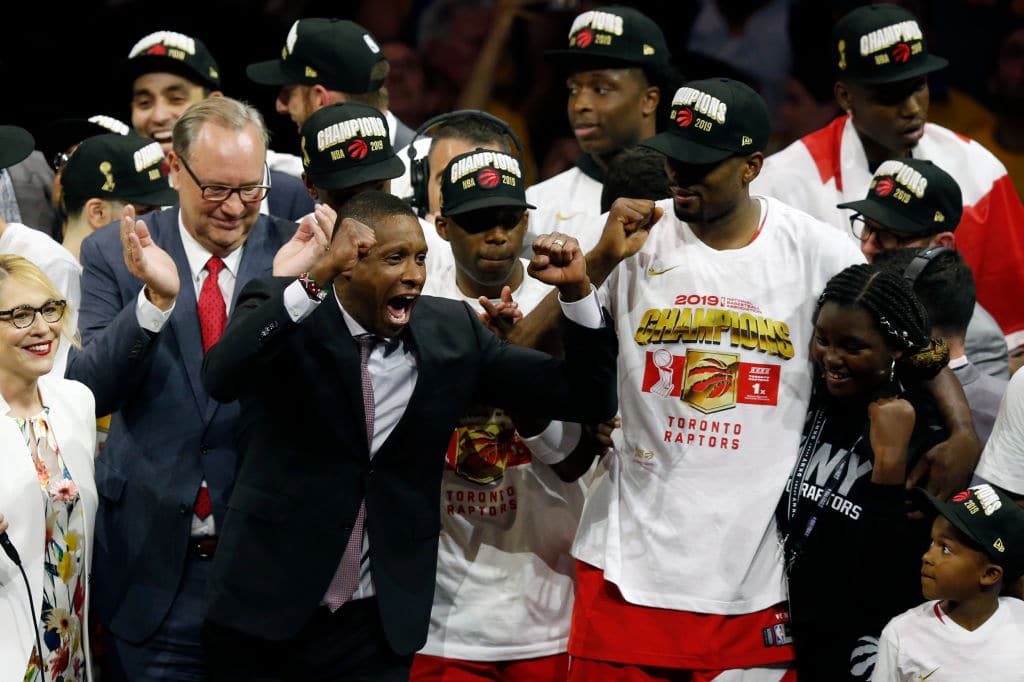 Update #1, 2:20 am: Larry Tanenbaum, the owner of Maple Leaf Sport and Entertainment which owns the Raptors, has told Michael Grange of Sportsnet that there’s no chance Ujiri will leave Toronto.

The Washington Wizards are preparing to offer Toronto Raptors president Masai Ujiri a monumental offer that could include an annual salary close to $10 million and an opportunity for ownership equity, Adrian Wojnarowski of ESPN reports.

Now that the NBA Finals are in the books and Ujiri has a title under his belt, Wizards owner Ted Leonsis is expected to reach out to Toronto’s ownership in order to request formal permission to speak with the vaunted executive.

Leonsis, Wojnarowski writes, could let Ujiri run the Wizards’ basketball operations but also take on a leadership role with Monumental Sports and Entertainment, the company that oversees both the Wiz and Washington’s NHL franchise.

Ujiri has long been an executive held in high esteem, prior to orchestrating the most successful Raptors team in franchise history, he helped lay the foundation for a formidable Denver Nuggets team.

Ujiri was the general manager for the Nuggets, won Executive of the Year in 2013 and oversaw the exodus of Denver star Carmelo Anthony, nabbing a handful of assets in a forced trade under the national spotlight.

In 2013, the Raptors pried Ujiri away from Colorado on a five-year, $15 million deal. He’s since been promoted to president of basketball operations for the franchise and been given a multiyear extension.