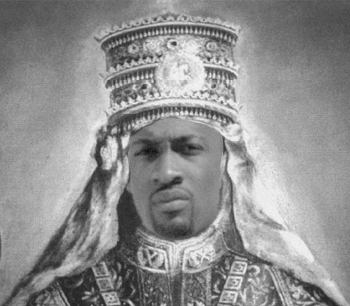 Can you believe that the regular season is only seven days away? That’s right, only seven days away from the League’s 61st year. Before that jumps off, some of the best hoop writers from around the web would like to say a thing or two about their respective teams, and we’re more than happy to give them the floor.

Our friends at The Wizznutzz were kind enough to help us preview their team, the Washington Wizards.

SLAM: Gilbert Arenas had himself quite a summer. How motivated should he be coming into this season?

Wizznutzz: Gilbert did have quite a summer. As far as preparing for the season, well, he can’t get any fitter. He already shoots jumpers at 4am, and sleeps in a high altitude tent. He even runs his dogs on treadmills. And he can’t get any mentally tougher, having spent the offseason playing massive amounts of Halo and completing large jigsaw puzzles. He even travelled to Romania (he stayed with with the Muresans) to have the gypsy curse lifted, the one LeBron James dropped on him at the foul line in that playoff game. So Gilbert did the only thing left to do. He got crazier! He had the body of Superman, now he’s got the brain of Margot Kidder! Gilbert will be crazy motivated this season, especially since he was dumped by Team USA over the summer. Gilbert’s no stranger to the snub, but being snubbed by one’s own country is a different matter. Being snubbed by your country can be powerfully motivating. Just look at Rambo. And Jacko, the guy from the battery commercials.

Did management make enough moves this summer to get this team to the next level?

If “the next level” is stocked with more pale, foreign timber that a Yakutsk Home Depot, then yes! But Abe Pollin insists he has a recipe for a winning team. What makes us worry, though, is that it’s the same recipe as the Pollin family recipe for breaded milk pudding, except with Jarvis Hayes instead of raisins.

Is it just me, or does it always look smoky inside the MCI center? Am I seeing things?

I have noticed that smoke too. There has been a distinct smell of sulfur in the building since Michael Jordan began his DC comeback. My guess though, is it’s burning goat meat. They usually pre-cook all the “executive nachos” before the season begins.

Antawn Jamison is one of the best players in this League. Why does he get overlooked so often?

Antwan gets overlooked? He is the team’s top offensive threat, an All-Star and plays for Team USA. If you are overlooking him, it must be because you are standing on top of the huge pile of cash that the team is paying him. If you want a player who gets overlooked, I offer you Ledell Eackles. The guy averaged 13.2 ppg for the ’91 Bullets, despite being pregnant for much of the season.

Alright, enough foreplay, how will the Wizards fare this season?

The Wizards should be fine this year, especially with the new emphasis on defense. The thing you need to look at, is how well the team integrates Darius Songalia. Imagine the Washington Wizards are a giant puzzle. A giant, nude Tom Wopat puzzle. And there is one very important piece missing. A big pink piece. The Wizards are hoping that Darius is that big, pink, piece.