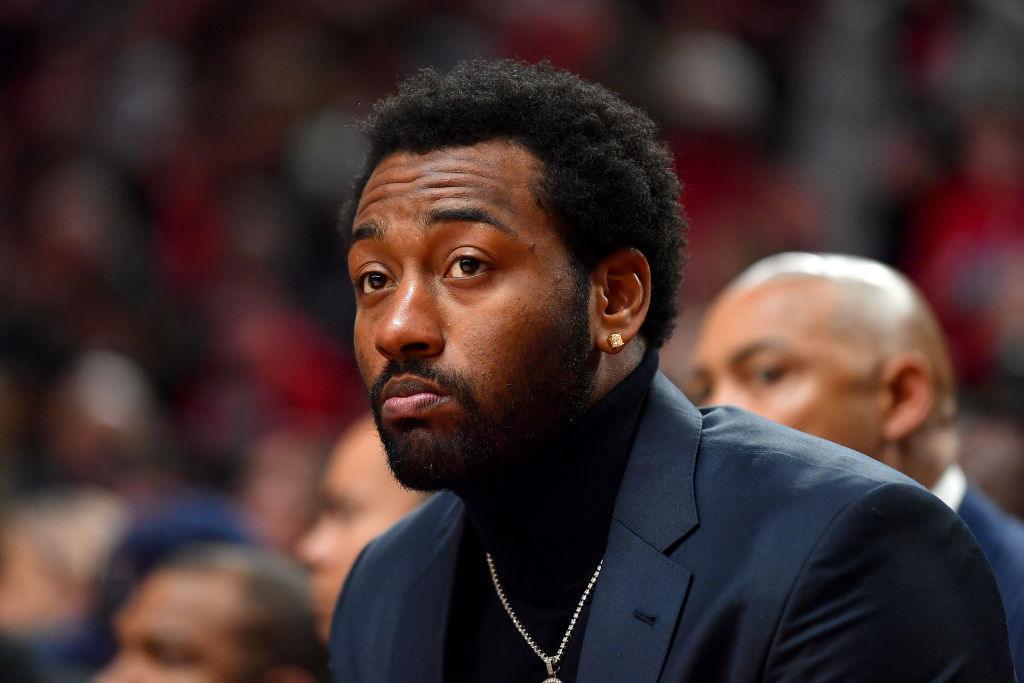 The Washington Wizards’ offseason hasn’t been quite what you would call quiet.

After quieting more trade talk surrounding franchise cornerstone Bradley Beal, who admitted he put a player option in his contract in case the Wizards aren’t competitive enough, fellow franchise star John Wall made headlines for all the wrong reasons when a video surfaced of him proudly displaying his gang ties and went viral on social.

Wall would apologize for the incident, quickly pivoting to videos that showed what fans would be in store for in the upcoming season, with the five-time All-Star looking fit and explosive.

Nonetheless, over the past two weeks, rumors surfaced about the Wizards exploring a trade for Houston Rockets point guard Russell Westbrook with Wall as the centerpiece. Although the trade never materialized, Wall was then said to want out of Washington.

In the latest chapter of this saga, Wizards general manager Tommy Sheppard has denied claims that Wall requested a trade from Washington and says that there are “no plans” to trade him, per ESPN’s Ohm Youngmisuk.

“No, he didn’t request [a trade],” Sheppard said.”… John and I talk pretty much once every other day. And [I’ve] been to many of his workouts throughout the summer, we have always been on the same page, same wavelength. Same with Bradley [Beal].”

It should be noted that Sheppard didn’t deny having conversations about trading Wall; he only said that they don’t have any current plans to trade him, not that they never will. That said, both the Wizards and Wall seem content and motivated to find out how he’ll look when he returns before making any major decisions.

Wall hasn’t played an NBA game since Dec. 26, 2019, having suffered a torn Achilles in an off-court incident while rehabbing from a surgery to remove bone spurs from his heel.