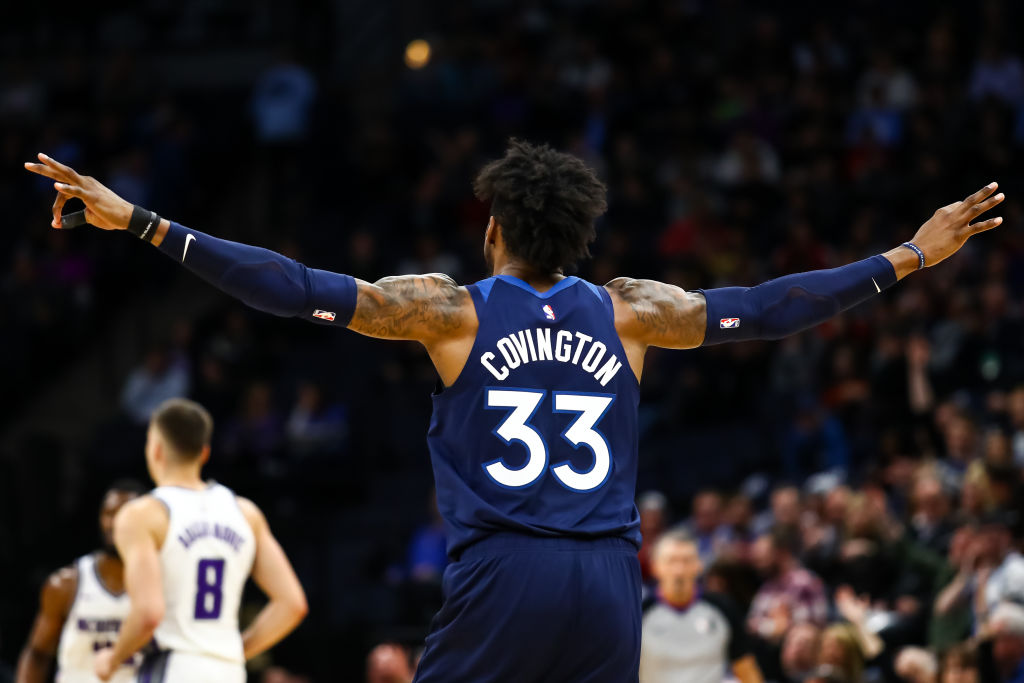 The Minnesota Timberwolves have been faced with the task of reinventing their team on the fly and one valuable veteran asset that could help them do that is Robert Covington.

Both Marc Stein of the New York Times and Shams Charania of The Athletic have reported on the Wolves’ discussions with various teams about the available 30-year-old forward and ESPN’s Adrian Wojnarowski spoke of his confidence that the team would move him this week on his podcast.

The Dallas Mavericks, Houston Rockets and Milwaukee Bucks have all been linked to Covington by Charania, the question is what Minnesota would look to bring back in exchange for the established, budget-friendly three-and-D specialist.

Charania mentions the possibility of Dallas making the 2020 second-round pick they have from Golden State available, while Houston could dangle future first-round compensation.

Stein mentioned the Rockets and Philadelphia 76ers as the two front runners in pursuit of Covington but noted that Minnesota is reportedly seeking a pair of first-round picks for the veteran.

Covington is averaging 12.8 points and 5.9 rebounds per game for the Wolves this season and is making $11.3M this season with two additional years beyond the current campaign.