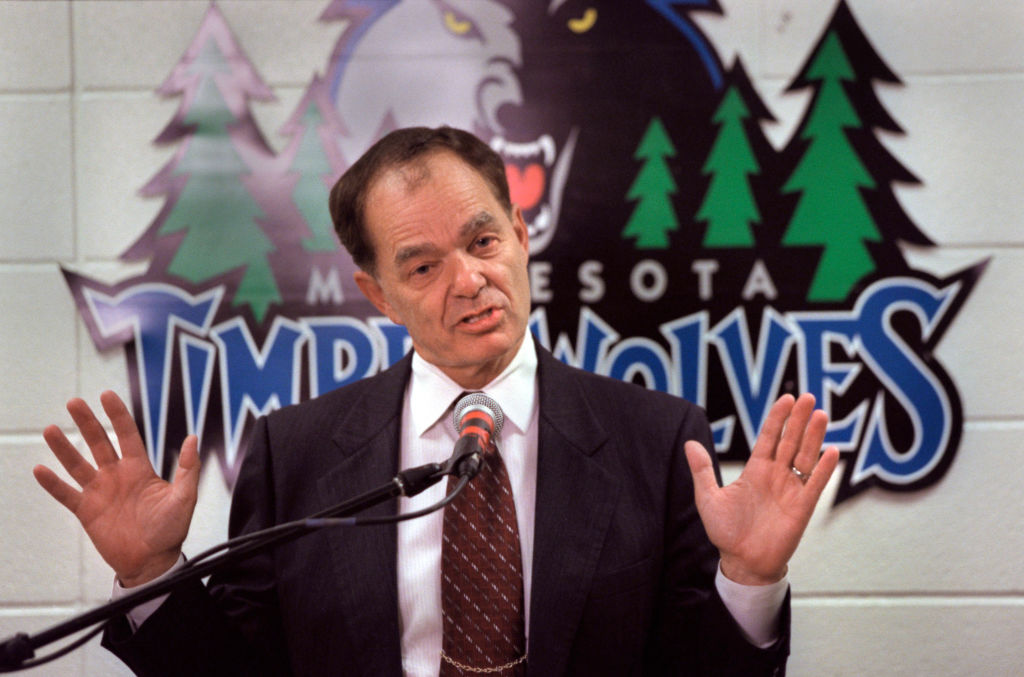 The Minnesota Timberwolves franchise is available for purchase with a price tag around $1 billion. Current team owner Glen Taylor, who has owned the organization since 1994, revealed that he is exploring a potential sale that would include the Wolves and their WNBA counterpart Lynx.

Taylor, a long-time business and political figure in the state, has told The Athletic that he’s only interested in potential ownership groups that would commit to keeping the team in Minnesota. The Timberwolves arrived on the scene as an NBA expansion team in 1989.

According to Ben Golliver of the Washington Post, Taylor bought the franchise for around $90 million back in the mid-1990s.

Since then, like all NBA franchises, the value of the Wolves organization has increased dramatically, especially since the monumental new television broadcasting contract the league signed with ESPN and TNT back in 2014.

Sure, all three teams have considerably larger markets, but perhaps more significant is the changing economic landscape that the NBA faces in 2020.

A geopolitical strain on the league’s relationship with China last summer, coupled with the global uncertainty caused by the coronavirus pandemic has completely voided the notion of a comparable precedent.

That uncertainty could contribute to the franchise price tag dipping below the $1.3 billion valuation put on the famously small market Memphis Grizzlies back in 2018 when majority owner Robert Pera bought an additional 30% of his own team from minority owners.

Among the parties interested in bidding on the franchise is an ownership group that includes iconic Timberwolves star and future Hall of Famer, Kevin Garnett.

Garnett announced his interest in buying into the franchise on his social media accounts this week. Garnett’s relationship with Taylor has been rocky in the past – he’s refused to let the team retire his jersey, among other things – but that could have little bearing on a potential sale otherwise beneficial to both parties.

As recently as April, Garnett told Tim Reynolds of the Associated Press about his interest in buying a franchise for the Seattle region and reactivating basketball in the pacific northwest. Naturally, that conversation came to mind when the Timberwolves news broke.

There’s little reason to believe that Garnett would buy the organization he became a household name with only to turn around and relocate the franchise out of state, or even if it was possible, but the conversation of returning a basketball team to the area has nonetheless gained momentum given headlines about the city’s forthcoming Seattle Kraken hockey team.

As things stand, despite the fascinating narrative, there’s no certainty that Garnett ever does end up as part of the ownership group that eventually lands the franchise but Taylor’s interest in selling the team is significant for hoops fans regardless.

Basketball fans should eagerly await the result of this sale if for no other reason than to get a tangible look at how the league’s business model has withstood recent adversity.

If the sale leads to a bidding war that drives the price significantly higher than the floated $1 billion ballpark, that’s one thing, but if falls flat, we could see the tone of the league’s economic landscape shift for the first time since the honeymoon phase that’s encompassed the last few franchise sales.