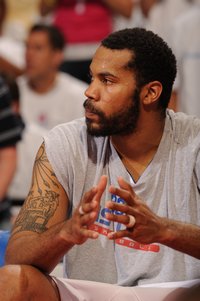 As we head into the pivotal – aren’t they all at this point? – fourth game of the Eastern Conference Finals, Boston and Detroit have two entirely different sets of problems.

For the Motowners, their lead singer’s vocal chords are a mess, so to speak. Chauncey Billups’s injured hamstring has limited him greatly, and though his back up Rodney Stuckey has played well, the Pistons can’t be expected to take down the C’s without their floor general leading the way.

Over on the Celtics’ side, there’s an old man rambling on about a lack of playing time, and their shooting guard can’t hit a shot to save his life, and he’s up all night to make matters worse.

(Still, the team’s biggest obstacle – winning on the road in the postseason – has finally been hurdled.)

Detroit is effectively playing for their Playoff lives tonight, as a 3-1 hole is not one they want to be facing as they head back to Beantown on Wednesday night.