Yi to the Knicks? 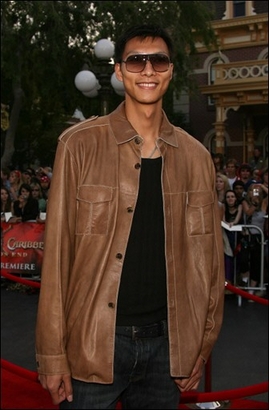 -In a story I linked to in the previous post, there’s a small blurb in the Newsday article mentioning that the Knicks are reportedly interested in Eazy Yi.

The Knicks are believed to be among several teams who have checked with the Bucks about the No. 6 overall pick in last month’s draft, Yi Jianlian, whose agent, Dan Fagen, is said to be trying to push for a trade — and rid the Knicks of some extra bodies is also a possibility.

-People still can’t believe that Orlando was dumb enough to give Rashard Lewis so much money.

-Mo Pete, prepare yourself to say hello to teal uniforms.

-For the love of God, will someone please pay Mickael Pietrus and Matt Barnes.

-Throw the Pacers into the Mo Williams sweepstakes.

Mark Bartelstein, the agent for free agent Mo Williams, the best point guard still available as a free agent, said he has “had quite a few conversations” with the Pacers since the start of free agency.

(At this rate, I fully expect MLB teams to be vying for Mo’s services by next week.)