Sex, Guns and the NBA 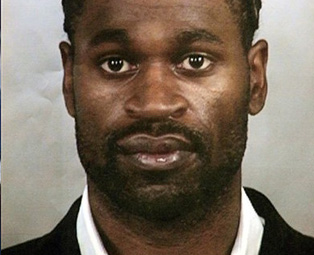 That was a jokingly posed question to me the other day when I mentioned that the start of the season was but days away. Even though my friend was playing, it wasn’t the first time someone has intimated that the League is a bastion of thuggery.

But if you still want to say that, then that’s cool, because all that means is that the league and its players are just falling in line with the rest of this country. Don’t act it’s not like the USA wasn’t founded on and still exists on a foundation of brutality. But that’s another story.

The first thing everybody said about Stephen Jackson’s latest headline-making error in judgment was, Why was he out at 3 in the morning anyway?

Why does this matter? He could have been out at 3 in the afternoon and someone could have approached him in a less-than-savory way. Plus it happened at a strip club where pretty much anything can happen.

(SIDEBAR: I hate strip clubs. I used to live in Atlanta where the strip club credo is pretty much the more the merrier. When I’ve gone I always feel like I’m being hustled by the women. And my rule has always been if you have to pay for uh, interactions, then maybe you don’t deserve it. END.)

Strip club joints are notorious for shady happenings. Anyone can get robbed there, not just NBA players, but hey, it’s late night Indianapolis and maybe there’s just not a lot going on. South Beach it is not. The strip joint is probably the only thing really poppin, so yeah he and some other players probably go and check out what’s going on. So if you’re going to go you might want to bring a gun with you.

I’ve never owned a gun but my stepdad used to keep a handgun in a lockbox in his bedroom and sometimes even in his car. And I’ve had friends who have guns in plain sight, including one dude who kept a sawed-off shotgun his bedroom. I used to ask him if it was that serious and he said probably not, but you never know.

Now, I’m no gun-hater. Whenever I get married and have young ones I probably will keep a gun around somewhere. Damn that brazen home invasion nonsense. I’m not actually a gun supporter either, but it just depends on the situation.

The situation with Bassy is different but because he’s an NBA player the connection is viewed through a different set of Cartier’s. My first question when I heard about it was why was he as Justin’s anyway? That joint hasn’t been official for a few years now. Who was he trying to impress in there for him to have a chain on in the first place?

I also love how Fabolous was involved and even got shot in the leg. He should definitely drop an album or at least a mixtape immediately — this is great for his career. The thing with NBA guys and guns falls in line with the concept of any young Black guys with guns, which is to say, a bad thing in most peoples eyes. It’s always thinly veiled but it goes back to that subconscious voice in the back of more people’s minds than you think. Young black guys are a threat and need to be disarmed or closely monitored. Whether they are professional athletes or not.

Anytime they are caught doing something it’s always viewed as an outrage instead of an aberration. There are hundreds of players in the L and the overwhelmingly majority of them don’t get involved in this kind of stuff. (Well, unless they play for the Blazers, who I have no justification for. Those guys are just nuts, I guess). Some of these guys are gonna have guns and occasionally stupid or dangerous things are gonna happen.

But that’s how it is for the rest of us as well. Guns are dangerous yes, but sometimes they are needed (even if David Stern disagrees). It doesn’t mean they’re all thugs, just people who have notoriety and because of that become targets for people who don’t have anything to lose.