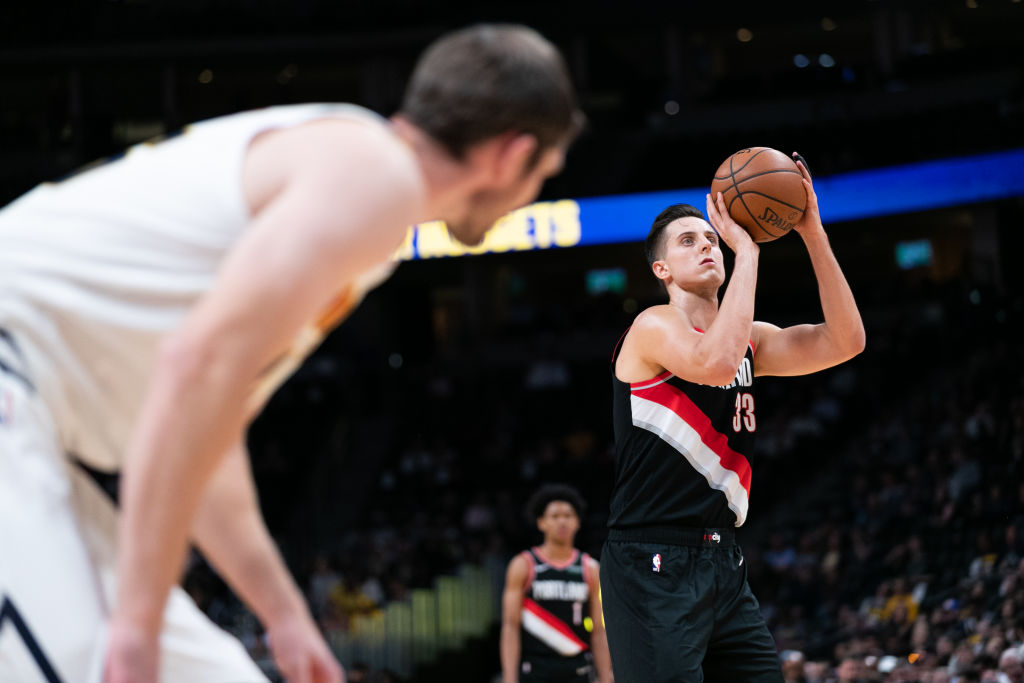 Third-year Trail Blazers big man Zach Collins left Portland’s Sunday night contest with a dislocated shoulder and will have an MRI on Monday to gauge the severity, Adrian Wojnarowski of ESPN reports.

Collins injured his shoulder going up for a rebound in the paint late in the third-quarter after 24 minutes of work against the Mavs.

The 22-year-old has seen an uptick in playing time so far this young season, topping the 30-point plateau in each of his first two games, and was part of the frontcourt committee tasked with filling in the footsteps of the injured Jusuf Nurkic.

While Collins has played out of the power forward position this season, any prolonged absence for Collins could thrust a number of frontcourt players like Skal Labissiere into Anthony Tolliver into more significant roles.