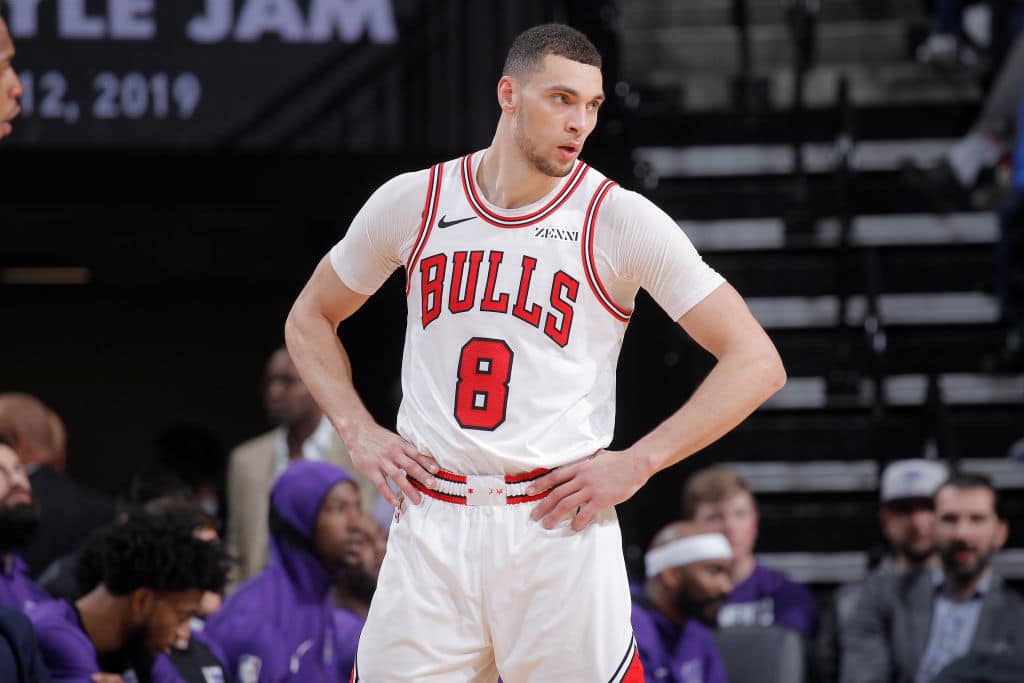 Zach LaVine is “tired” of people looking down on his defensive ability.

LaVine, 24, says he is now “taking more pride” in his defense.

“I’m just tired of people talking shit about my defense,” LaVine said. “I’ve always been a good on-ball defender. But there’s no reason I can be this good offensively and not be that good on the defensive end. So I’m taking more pride in it. I’m pretty sure it’ll show. I’ll make sure of that.”

That starts, LaVine said, with a shift in mentality.

“I think that’s helped me,” LaVine said. “Just focusing and taking pride in stopping your man and doing your job. We have one or two assignments. If you’re in help, you’re in help. If you’re supposed to pick up the ball, you do that. You do your job and everybody else is doing theirs as well. I think the intensity and the focus on that will help definitely.”

Defense has been the biggest problem area for LaVine, largely overshadowing his offensive brilliance.

“What he’s talked about and what we’ve talked about is him becoming the best two-way player he can become,” Bulls coach Jim Boylen said. “Two-way player, meaning he is engaged and committed to both ends of the floor. And he is doing that, and it’s fun to see. And it helps him, helps our team and it just shows another level he can go to.”

Related Zach LaVine: ‘No Reason I Shouldn’t Be an All-Star or All-NBA Type Guy’