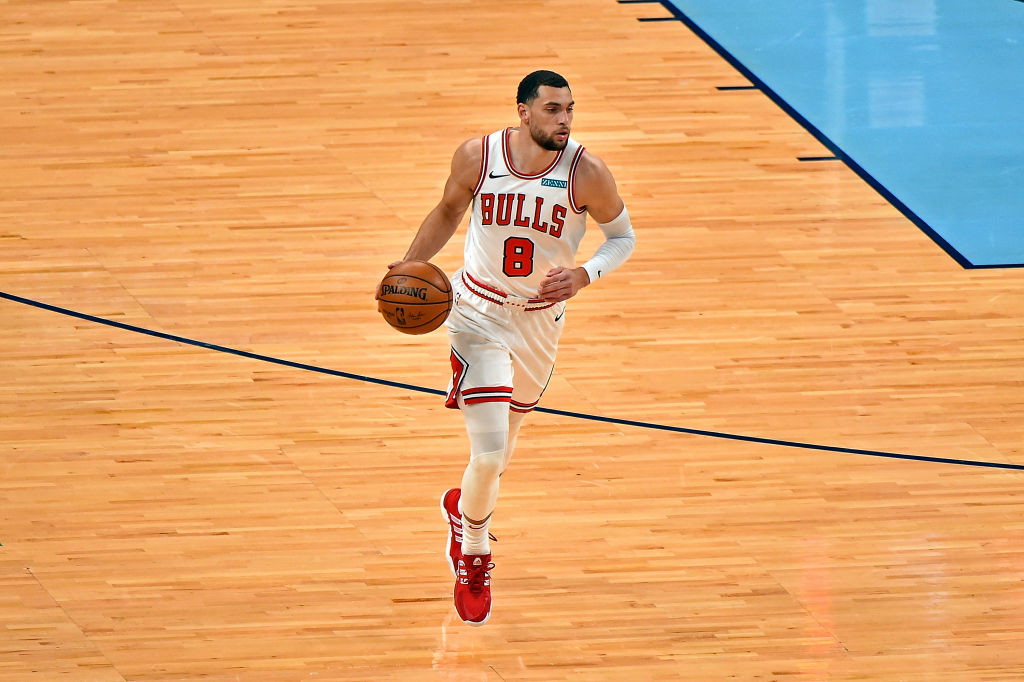 The Chicago Bulls have had a rough start the month of April and things just got a lot worse.

Per Adrian Wojnarowski, All-Star guard Zach LaVine is expected to miss “several games” due to the NBA’s health and safety protocol.

Consequently, LaVine could miss up to 14 days, which would be equivalent to eight games for the Bulls. Chicago only has 18 games remaining in the regular season, and are currently 10th in the Eastern Conference standings with a record of 22-32.

It isn’t clear if any other members of the Bulls will have to enter health and safety protocols but the team had to cancel practice Thursday.

LaVine has had a career year thus far, averaging 27.5 points, 5.1 rebounds and 5.1 assists per game while shooting .506 percent from the field, .416 percent from 3-point range and .848 percent from the free-throw line. The high-wire act was also named to the All-Star team for the first time of his career.