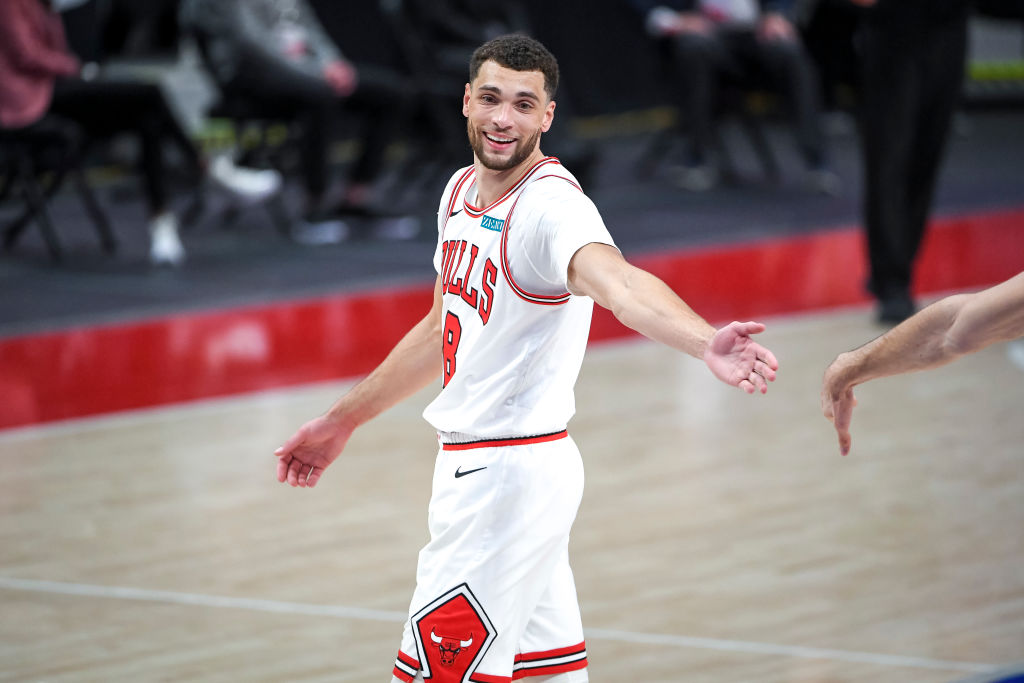 This late in the season, the Chicago Bulls are projected to miss the playoffs for the fourth-straight season. With their superstar guard in Zach LaVine entering the final year of his contract next season, the Bulls will need to do everything in their power to convince him to re-sign with the team through the remainder of his prime.

With that in mind, Joe Cowley of the Chicago Sun Times recently reported adding key role players around him could persuade LaVine to give Chicago a slight discount.

A guy who’s completely deserving of a max contract, it appears the Bulls may not have to pay full price to keep LaVine around if they’re able to convince him they can use the savings to improve the team. LaVine hasn’t made the playoffs yet in his seven-year NBA career, so adding talent around him to change that is something that should be intriguing to him.

Just 26 years old, LaVine made his first NBA All-Star team this season and has emerged as one of the best off-ball guards in the NBA. Through 57 games this season, he’s averaged 27.5 points, 5.0 rebounds and 4.9 assists per game while shooting .419 from deep.