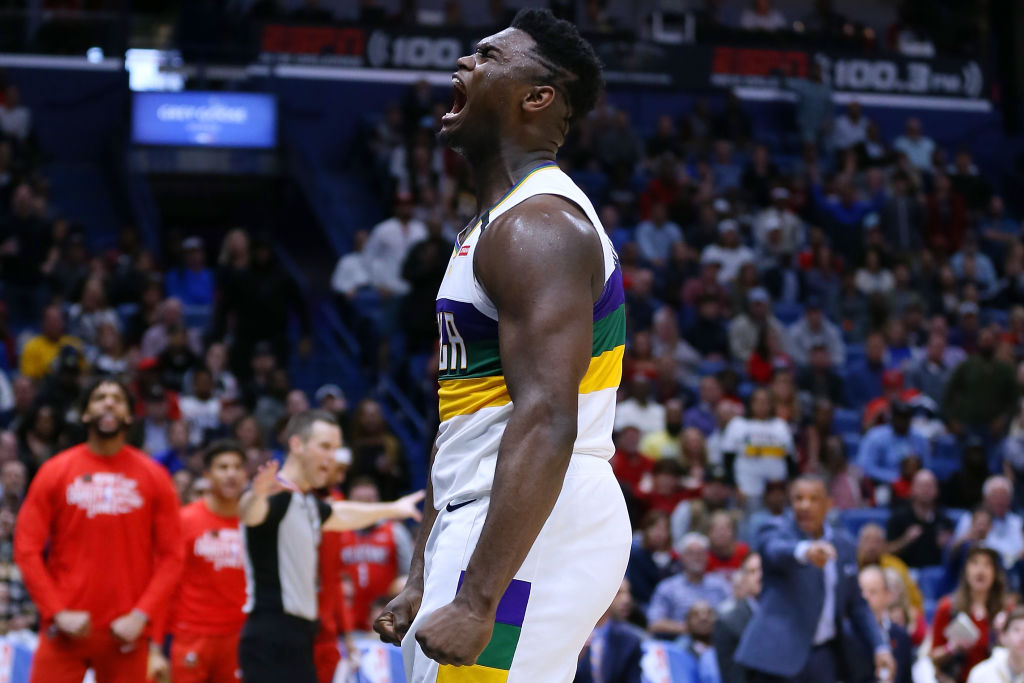 Zion Williamson had a great rookie season, but was limited when it came to minutes which restricted his performance.

According to Andrew Lopez of ESPN, this won’t be a problem him season, as Williamson recently told the media ‘there are no restrictions’ on his minutes for the 2020-21 season.

“I think it definitely will be different because, well, it was tough, man,” Williamson said. “When you’re going through rehab and when you’re finally able to step on the court, three minutes goes by, four minutes by and … you gotta get subbed out. It was a lot.”

“I tried to make the most of the situation and I think I did the best that I possibly could. But it’s going to be a lot different.”

Although he only played 27.8 minutes per game, Williamson was second on the Pelicans when it came to scoring—as a rookie. He averaged 22.5 points per contest while shooting .429 from beyond the arc.

Playing in just 24 games last season due to injury concerns, it seems we should (finally) get to see a full season of Williamson without any restrictions. He’s ready to show just what kind of player he is.

“I want to show that I’m a basketball player,” he said. “I’ll do whatever the team needs me to do on offense or defense no matter what it is to win. I’m just a competitor.”

“When I’m healthy and competing, I’m just a different kind of player. I think that’s the player everyone fell in love with.”

The No. 1 overall pick in the 2019 NBA Draft will look to lead the Pelicans to a playoff appearance alongside teammate Brandon Ingram.