Zion Williamson To Miss Weeks At Start Of Season 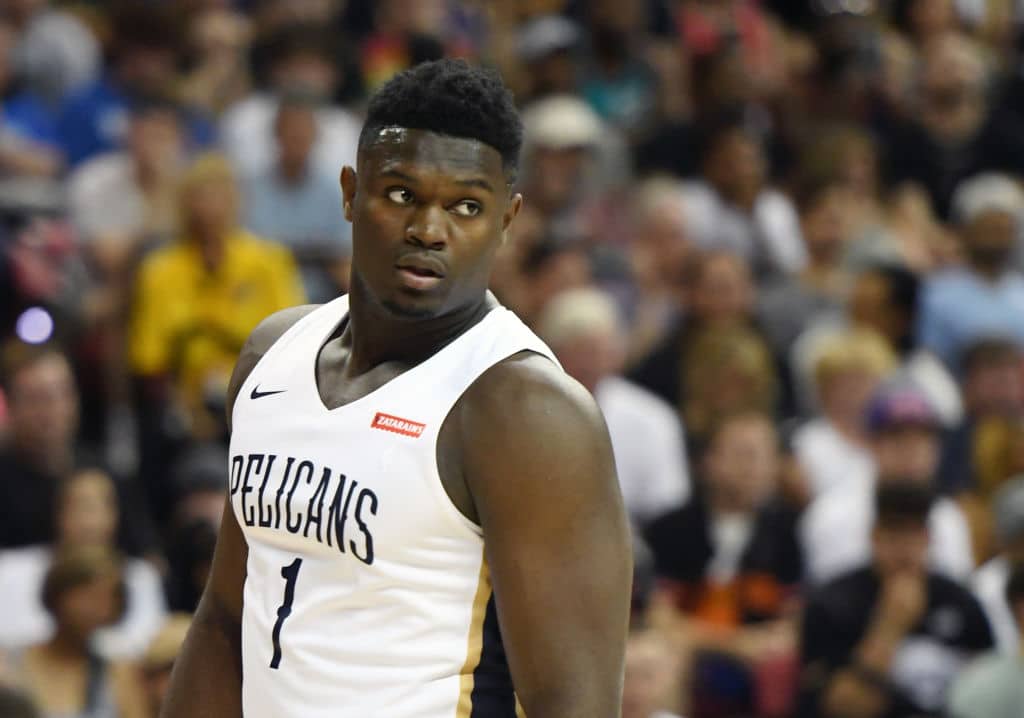 Update #1, 12:05 pm: Williamson will undergo additional evaluations on his right knee today, Chris Haynes of Yahoo Sports reports, and possibly more tomorrow. He reports that the franchise is relieved Williamson has avoided any major long-term issues.

The New Orleans Pelicans expect to miss Zion Williamson for a period of weeks to begin the season, Adrian Wojnarowski of ESPN reports. Williamson sat out the Pels final preseason game with knee soreness.

Wojnarowski notes that the Pelicans have no shortage of confidence that the forward will have a full recovery but are treating the injury with an abundance of caution.

Williamson wasted no time making an impact during the four preseason games that he did play, finishing as the No. 4 scorer in preseason with 23.3 points per game.

This isn’t Williamson’s first struggle with a knee injury, the Duke standout famously injured his knee during a college game last season when his shoe broke in the middle of an ACC contest. Then was shelved again during summer league after bumping his knee with an opponent.