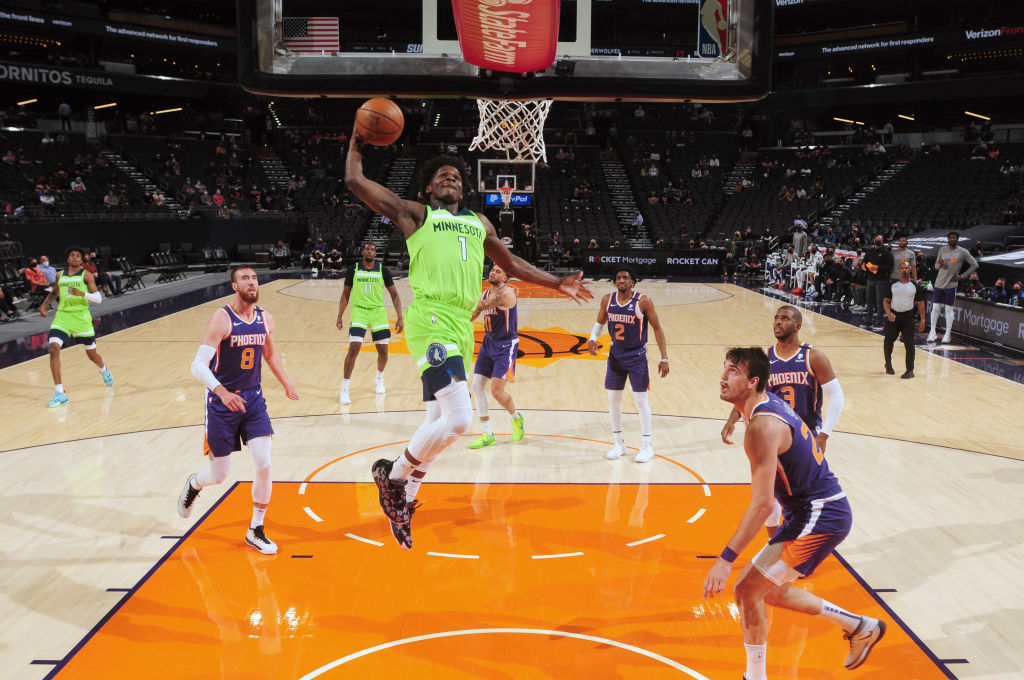 The Minnesota Timberwolves may not have had the best season, an understatement with Minnesota struggling to a league-worst 10-31 record.

However, Timberwolves rookie Anthony Edwards and Karl-Anthony Towns have been bright spots for the downtrodden franchise, with the duo making history on Thursday night against the Phoenix Suns.

In the comeback victory, Edwards dropped a career-high 42 points on 15-31 shooting from the field for Minnesota with Towns not far behind, scoring 41 points on 15-24 shooting.

The performance was just the second time in Timberwolves history in which two players scored at least 40 points in the same game, with Towns and Andrew Wiggins also accomplishing the feat in April 2017.

For Edwards in particular, the night was special as he became the third-youngest player in NBA history (19 years, 225 days) to have a 40-point performance, behind All-NBA forward LeBron James (19 years, 88 days) and Kevin Durant (19 years, 200 days). Subsequently, Edwards is also the youngest player to score 40 point in Timberwolves history.

Following his sensational outing, the first overall pick in the 2020 NBA Draft gave perhaps the quote of the year, saying “I put in the work. I work in the dark, it should come to the light.”