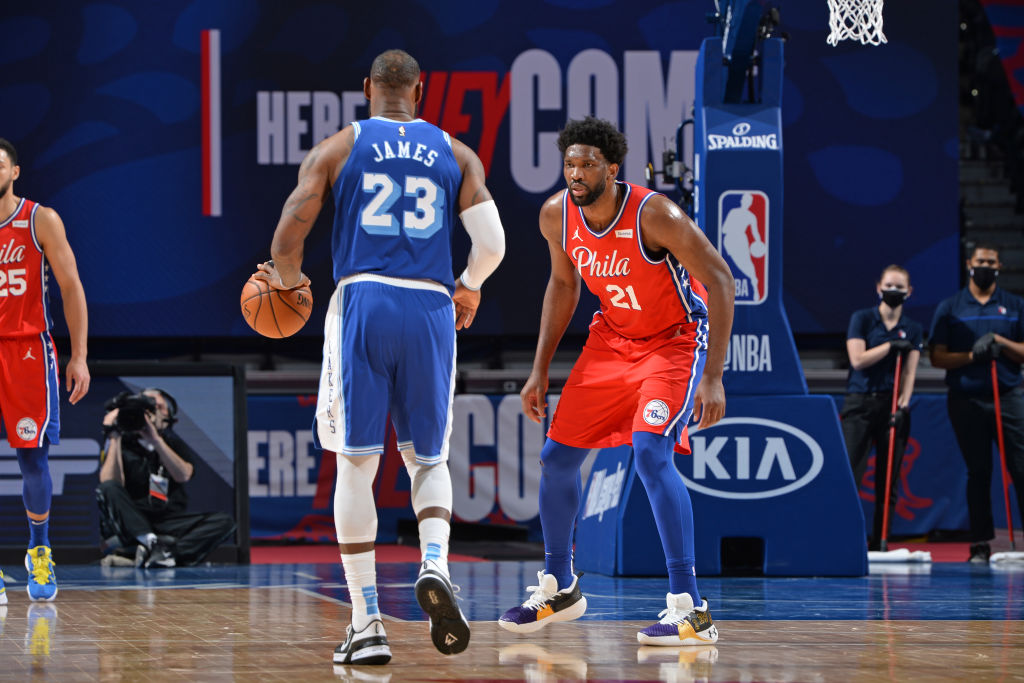 Just when it looked like Los Angeles Lakers forward LeBron James had gained enough distance on Father Time to legitimately come away from the 2020-21 campaign with his fifth NBA MVP award at 36-years-old, Philadelphia 76ers center Joel Embiid came in like a thief in the night to become the new MVP favorite for this season.

Per ESPN’s David Purdum, Caesars Sportsbook has Embiid as the consensus favorite to win MVP for the 2020-21 regular season at +200. James, not far behind by any stretch of the imagination, is at +225.