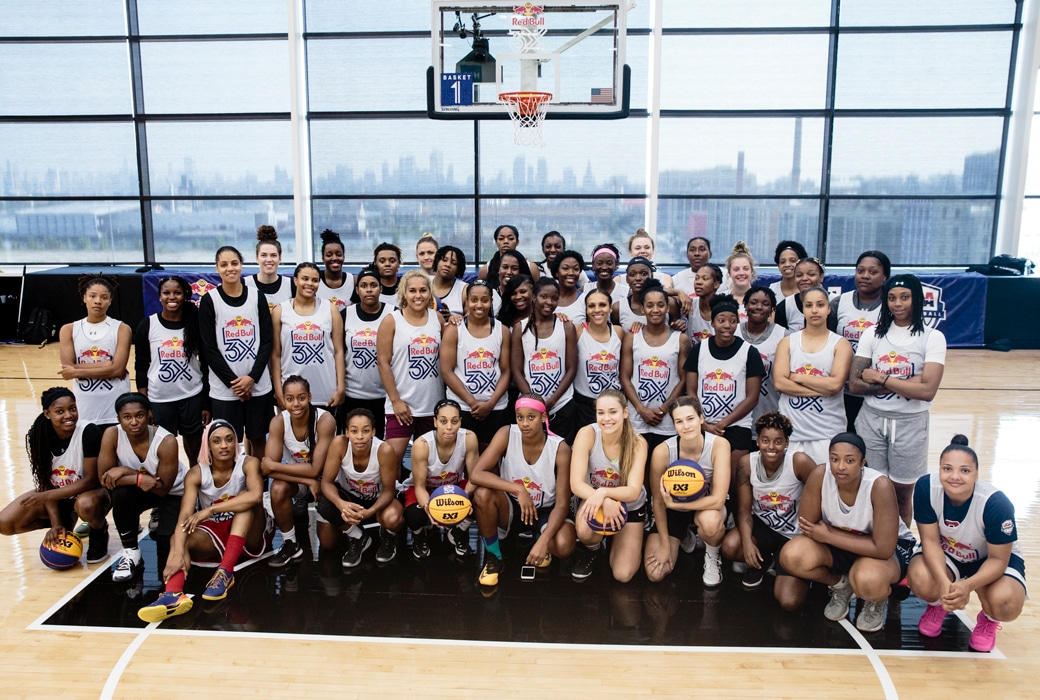 A couple of weekends ago, on a warm and humid morning in Brooklyn, 36 men’s and women’s teams stepped foot onto the Nets’ posh practice facility in an attempt to get closer to achieving their Olympic dreams.

Next summer at the 2020 Summer Olympic games in Tokyo, 3×3 basketball will make its much-anticipated debut as an official Olympic sport. And for the athletes that made the trip to New York recently, the desire to secure their place in history was well on display.

So how exactly will 3×3 hoops look like in an Olympic format?

The rules are pretty simple. Teams will play on a half court with a 10-minute game clock and a 12-second shot clock. A winner is decided when a team either scores 21 points or when the game clock expires. There is an age requirement of 18 and older.

Hoopers from top-tier programs and leagues throughout the country showed up to play against each other, all with the goal of representing the United States next summer in Japan.

On the women’s side, there were ballers from Division I programs such as Manhattan College, UCLA, Oregon State and Texas. The women’s field also featured the first independently owned professional women’s 3×3 team, which was founded by Force 10 Sports Management. Force 10 also owns the WNBA”s Seattle Storm franchise. Cierra Burdick, Alexis Peterson, Linnae Harper and Megan Huff represented the Force 10 team. They all have WNBA experience, making them a formidable opponent. As formidable as they were, though, two other teams proceeded to the finals.

The women’s final pitted Team Underrated against Stars & Stripes, which ended in an overtime thriller. Stars & Stripes was composed of Destiny Slocum (Oregon State), Kaila Charles (Maryland), Charli Collier (Texas) and Michaela Onyenwere (UCLA). Although Stars & Stripes were down 6-0 early on, they came back to tie the game at 13 apiece at the end of regulation. Despite the valiant effort, Team Underrated would go on to win 15-14 behind the strong teamwork of Amani Tatum (Manhattan College), Cori Coleman (Cleveland State) and Cali Taylors.

Although they won it all, Team Underrated had chemistry despite not having much time to mix. “We won the 3×3 tournament last year when we played at Dyckman,” said Tatum. “So we played that day and then we just played this past weekend. We don’t all get together and play, which has been the uniqueness about our team.”

Moving forward, they hope to use this momentum to make a deep run in the qualifiers and be the ones representing the United States in 3×3 women’s basketball next summer.

“3×3 basketball was a training tool for us at Princeton, as it allowed us to practice isolating parts of our offense and making the right read,” said Hazel. “We know how to play this style of ball and we take pride in representing ourselves well here.”

With the Brooklyn qualifiers in the books, four of the qualifiers were completed with 18 more to go. The process of finding the players who will represent the United States in the men’s and women’s 3×3 is still in the early stages. Regionals take place in the fall, where the winning teams from the qualifiers will play for a spot in Nationals. The Nationals take place in March of 2020, and it is there where the first ever US Olympic 3×3 teams will be selected.

Nate Derosena is a contributor to SLAM.