Contest: Where Brooklyn At! T-Shirts 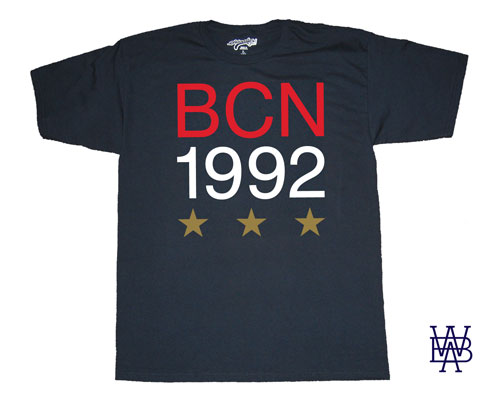 In commemoration of the 20th anniversary of the USA Dream Team’s romp through Barcelona and the 1992 Olympics, Where Brooklyn At! and Bobby Joseph® collaborated on a limited Dream Team t-shirt titled “Brooklyn to Barcelona.” There were two Brooklynites on the Dream Team—Chris Mullin and Michael Jordan—and their jersey numbers are both placed on the back of the shirt.

In addition, the apparel company released a second commemorative shirt titled “Flight ‘92.” The shirt features the airport code of Barcelona in red foil with a large 1992 in white across the chest. The gold foil stars on the bottom finish off this shirt which will be sure to please basketball fans and sneakerheads alike.

All you have to do to enter the contest is sign up for the Where Brooklyn At! newsletter (here), and leave a comment below with your favorite Michael Jordan and/or Chris Mullin ’92 Olympic moment.

Two winners will be picked by this Friday, August 3, and contacted early next week. Good luck!