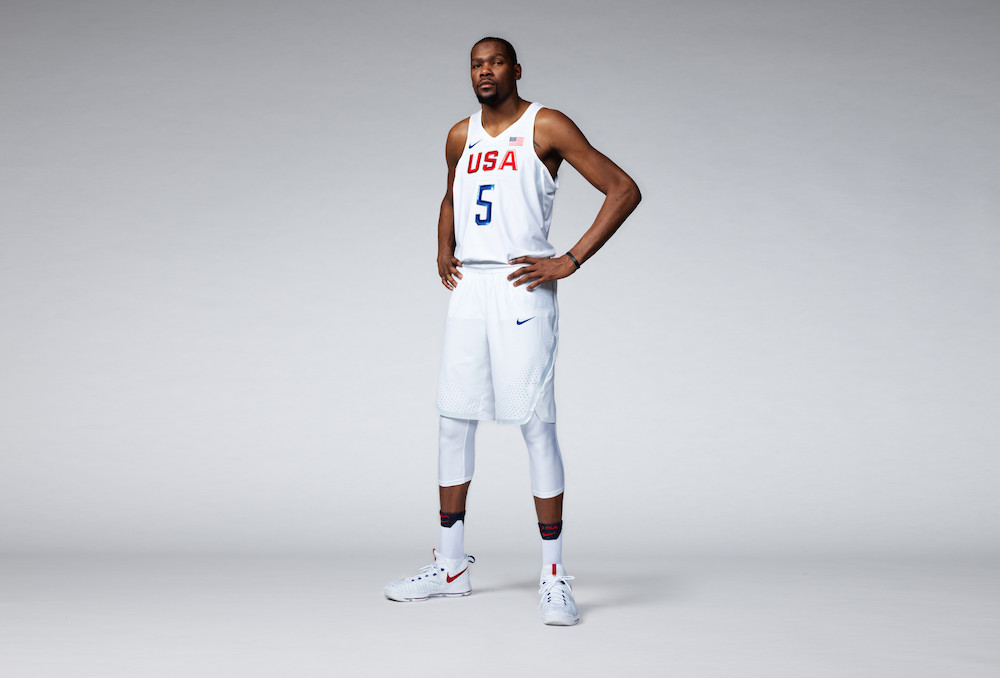 Nike revealed the 2016 USA Basketball jerseys at this week’s Innovation for Everybody event in New York City. Superstars Kevin Durant and Elena Delle Donne helped model the new uniforms, which feature all-new AeroSwift technology. Scroll through the photos above for a closer look.

Here’s more info from Nike on the jerseys, which will debut at the summer games in Rio:

The United States Nike Vapor basketball uniforms with AeroSwift technology present a vivid take on the nation’s signature red, white and blue. On the home kit, the application includes a spectrum of blues, from obsidian to deep royal blue, with gestural lines that cascade down the jersey’s side and around the front of the shorts. Shining crimson appears on the shoulders of the jersey and trim of both the jersey and shorts to emphasize the player’s speed while iridescent fabric flashes the country name, numbering and the Swoosh. The jersey’s font takes inspiration from classic American typography.

United States away uniforms are white, with the same technology and details as the home uniform.