The 1996 Olympic squad had an uphill climb. Following the Dream Team wasn’t going to be easy. The only thing that did come easy to the 1996 team was winning, which they did by an average of 32 points in their eight games.

But that team could never match the impact the Dream Team had on or off the floor. Or the star power that the Dream Team rolled around with. Michael, Magic and Larry? C’mon.

The 1996 Olympics were even held in America. That team, though, hasn’t been remembered the way the best of the national teams have. Look closely at the roster and it doesn’t make any sense. The squad was STACKED:

That’s 10 Hall of Famers, with possibly two more to come. Add in the second winningest coach in NBA history, too. Sure, their 102 points per game isn’t the Dream Team’s 117 ppg. But the 1996 team gave up the fewest points per game to their opponent since NBA players were allowed to wear the Red, White and Blue. With just 70.2 points given up each time out, 106 total steals and and everyone besides Miller registering at least one block, Dream Team II’s defense was actually a nightmare.

So was their offense. Hakeem got subbed out by Shaq, the Admiral rotated with Malone and Barkley. Double the big men? Open three for Miller or Richmond or an open lane for Pippen, Hill or Hardaway. Then the pick-and-roll was run to perfection by Stockton and Payton.

They whipped the ball around beautifully. Five players had at least 20-plus total assists. Nine of the 12 had double-digit dimes throughout the eight games. By the end of the Atlanta Games, the basketball team had firmly established its chokehold over the rest of the world, even if no one gives them the credit.

“The whole Olympic experience was off the charts,” says Grant Hill. “There was a pretty significant degree of separation between our team and the rest of the field. Although we respected everybody, we knew we were gonna win.

“Really it was the relationships with the guys,” he continues. “We spent a lot of time together. What I loved and what I think back on is the practices. The matchups. Going against Scottie, at my position. Looking at David Robinson battling with Shaq or Hakeem Olajuwon. The practices were just insane. The banter, the trash talking.”

The 1992 team might be most famous for their time away from the cameras when the trash talk floated all around Barcelona. While they were together, there were intense practices, drunken beach days, tee times at the links, card games all night. One of the reasons the world connected so much with that team is because they were let into the lives of Barkley, Jordan and Ewing. 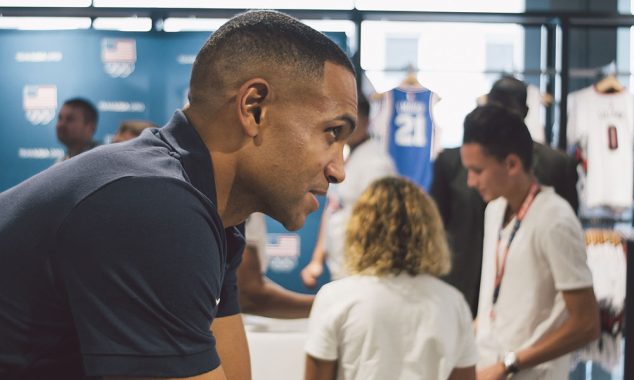 There aren’t so many of those stories about the 1996 team, which could be why they aren’t thrown up there with the ’92 or 2008 teams. But just because we don’t know about them doesn’t mean those moments didn’t happen.

“One night, before we got to the Olympics, I went out with Scottie,” Hill remembers. “We were in Orlando. We went to a party. We got back, played cards, and I might’ve left at like 5:30, six in the morning. We had practice at, like, 11. Scottie might’ve stayed up the whole night. In practice, he was running circles around me.”

Twenty years later, Hill’s face looks tired even thinking about how Pippen did all that. “I could not understand how he could stay out that late and still come in and practice and be great.”

Hill goes on to say that the 1996 team did have a bunch of those late nights and crazy bus rides and dinners together. The chemistry they showed on the court would back that up. Their 133 points against China is the second most scored in one game between the 1992 and 2012 Olympics. The only team that put up more b-b-buckets is the 2012 group, when they dropped 156 on Nigeria. (Salute, Captain America.)

It seems like the only way the 1996 team would get their due is by beating the Dream Team. Grant Hill is confident in the outcome of a single game between the two.

“I’d say 1996.” Hill looks up into the sky while he picks the winner, looking like he’s picturing the game.

“We had good balance. We had some younger players. I think with Shaq, with Penny when he was right—you had the legends like David Robinson, Karl Malone, Charles Barkley, John Stockton, Scottie Pippen. Then you had those guys that were right in their prime. Reggie, Mitch Richmond, Gary Payton. Then you had the young guys like myself, Penny and Shaq. I’d pay to see it. I’d like to think that we could get them. I’m glad you brought that up, I feel like we don’t get the respect.” He says that last sentence with a smile. 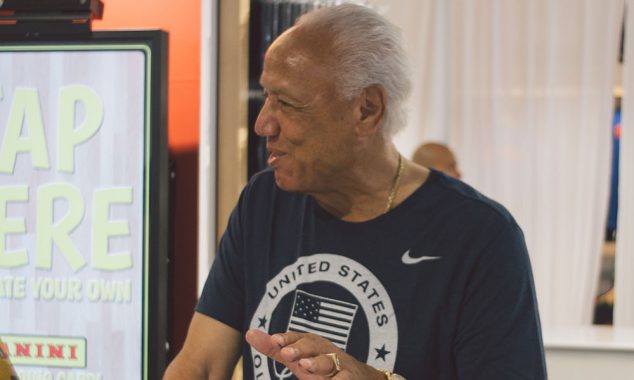 “They’re both good teams,” he says, remaining completely neutral. “I know what Gary and Mitch Richmond would say. They would say we’d win. I’m sure that the ’92 team would say the same thing. I enjoyed coaching all those guys.” Forever the player’s coach.

The 1992 team told the world that America was the example for basketball. The 1996 team backed that up almost effortlessly.

“The 1996 team, we were,” Hill begins. Before he finishes his sentence, an adjective to describe his Olympic team is thrown out at him. He agrees with it. “We were stacked,” he says.