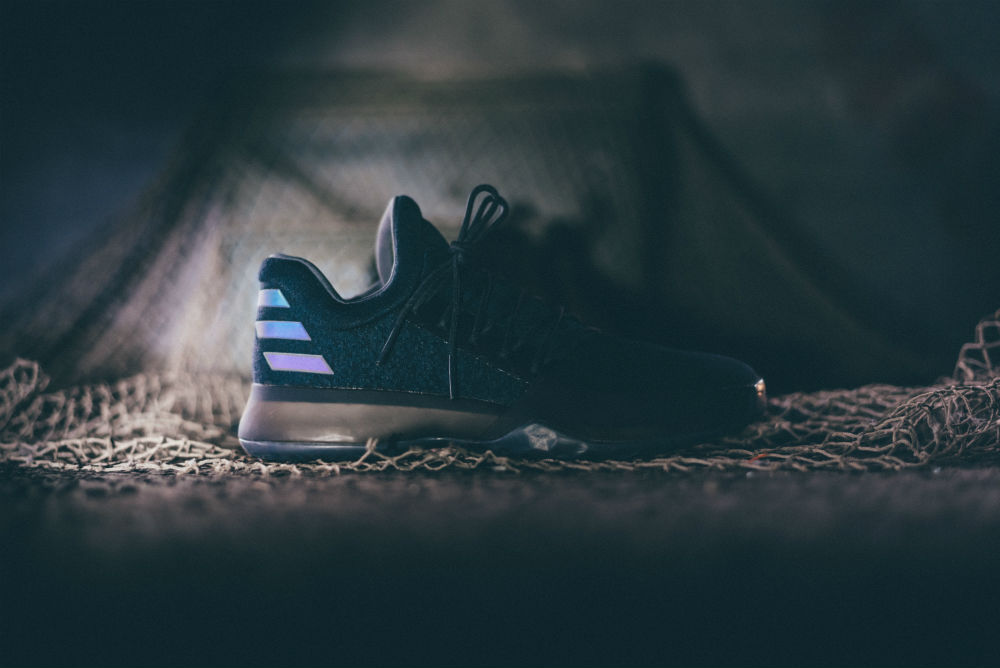 Following the release of the D Rose 7, D Lillard 2 and Crazy Explosive XENO collection, adidas will lace James Harden with his very own XENO sneaker.

The XENO collection is inspired by the Xenopeltis snake found in the Southeast region of Asia and its highly iridescent scales. Each shoe has an all-black upper and reflective accenting. For the Harden Vol. 1 XENO ‘way, the Three Stripes on the heel get the special treatment. The XENO accents reveal a color-shifting finish when hit with a flash of light.