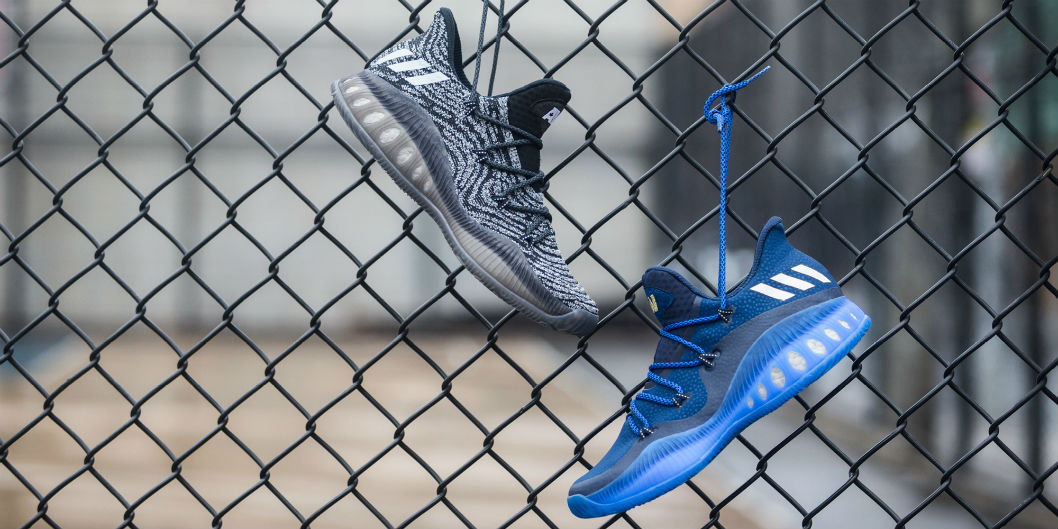 Since Zach LaVine’s unfortunate ACL injury in early February, Andrew Wiggins has been on a tear. He’s averaging better than 28 a game and has hit the 20-point mark in 19 straight games, the longest current streak in the League. He’ll look to extend his hot shooting while wearing two brand new Crazy Explosive Low PEs, both of which will hit stores.

The “Gold Standard” is decked out with a navy blue upper that sits on top of a royal blue midsole. It has gold accents and silver Three Stripes.

The “Wolf Gray” has a wave pattern featuring black and gray Primeknit along the upper. The Three Stripes and AW logo are contrasted by an iced black outsole for a tribute to the T’Wolves.