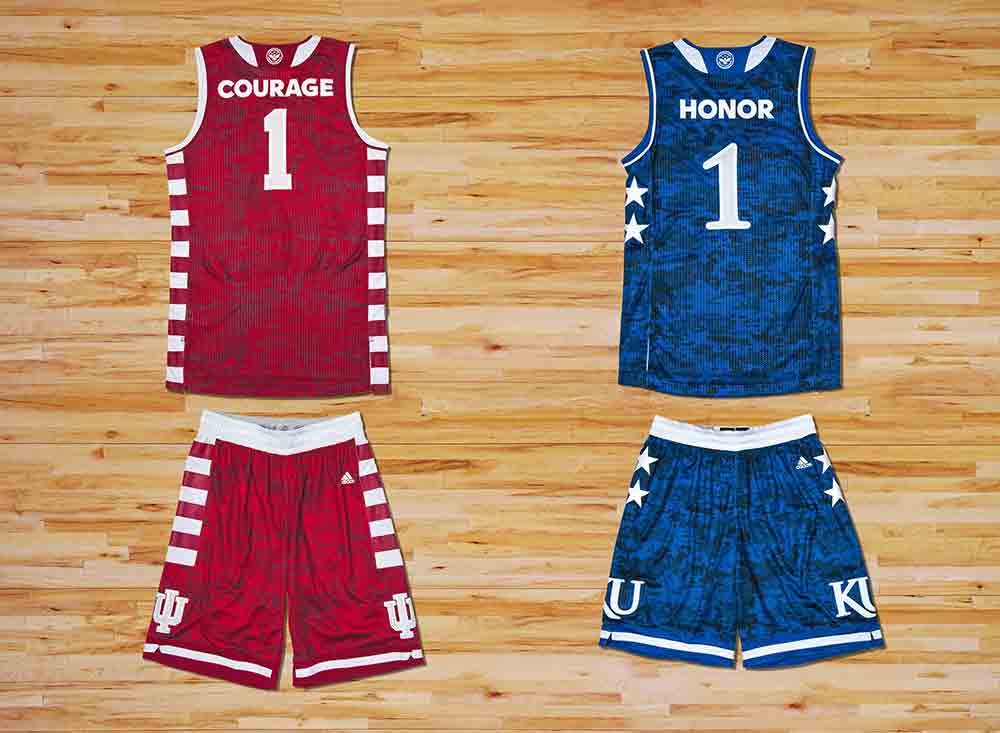 This December will mark the 75th anniversary of the bombing of Pearl Harbor. To commemorate one of America’s most significant moments, adidas has created special uniforms for when the University of Kansas and Indiana University square off on November 11.

The jerseys have an emblem featuring “REMEMBER PEARL HARBOR” alongside two anchors, an eagle and a star, which take inspiration from Navy medals and accolades. Here’s more detail straight from our adidas fam:

The Jayhawks will don an all-blue uniform featuring white stars mirroring the American flag along the side. The iconic elements of the five-time national championship winning program are highlighted with customary white name, numbering and KU logo. The names of each player will be replaced on the backs of the game jerseys with the word “Honor” to commemorate those who fought in the Battle of Pearl Harbor.

Red and white stripes set the tone for the Hoosiers’ uniform, flanking the side of the jersey and short from shoulder to knee. Influenced by both the American flag and the candy striped warm-up pants immortalized into Hoosiers tradition by the 1971-1972 squad, the uniform blends American pride with Hoosier history. The word “Courage” will replace the names of each Hoosiers player while the traditional Indiana numbering will emblazon the jerseys with the Hoosier insignia embroidered in white mesh on the short.