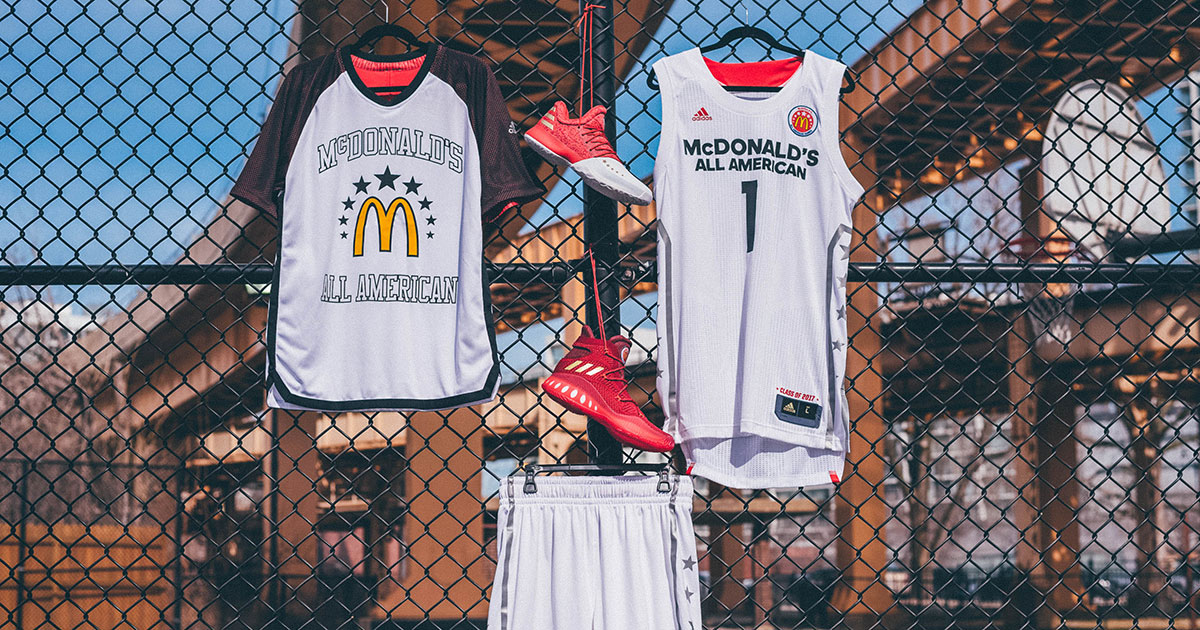 The official sneakers and uniforms for the 2017 McDonald’s All-American Games were officially revealed on Tuesday. This year’s All-Americans will suit up in the Harden Vol. 1 and the Crazy Explosive Primeknit. The men’s black and white game jerseys will feature silver accents while the women’s jerseys will sport red accents. Scroll through the photo gallery above to see this year’s gear from adidas.