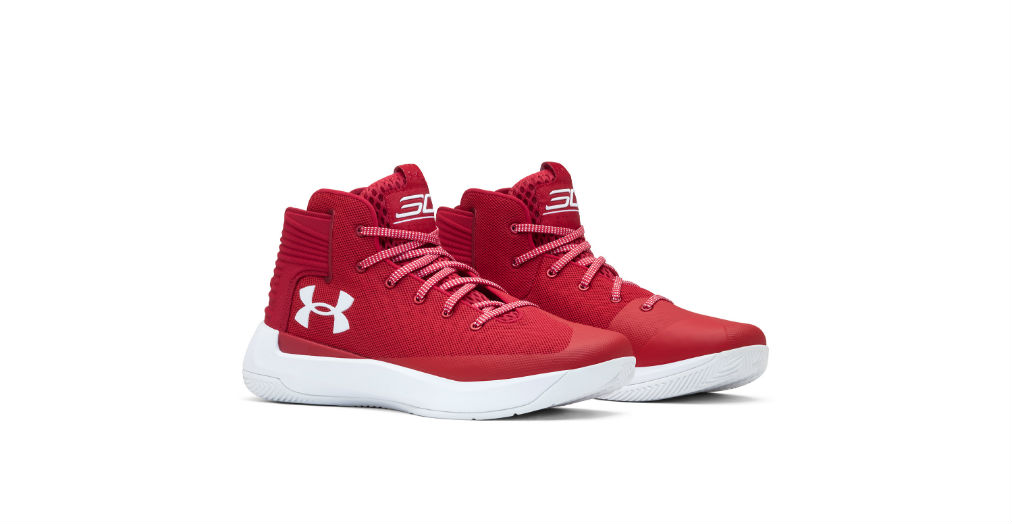 The annual NBA Draft Combine begins today in Chicago. Young hopefuls are putting their skills to the test in front of the League’s most important front office members and decision makers.

Under Armour’s giving those players a new colorway of the Curry 3ZER0, as well as new shirts, hats, jerseys and backpacks. This year marks UA’s first time as the official provider of Draft Combine gear and starting in Fall 2017, the Combine apparel will be available for purchase. When the collection goes on sale, UA will have another first, with their logo appearing on apparel with logos of all 30 NBA teams.

There will be select pieces of the collection available at the Under Armour Chicago Brand House until Sunday, May 14, when the Combine wraps up. UA’s new partnership with the League also includes:

Jr. NBA presented by Under Armour will team up with Ross Initiative in Sports for Equality (RISE) and the Union League Boys & Girls Club to tip off Bridges Through Basketball program to improve the health and wellness of our shared communities in Chicago. Programming includes engagement with local youth in constructive conversation using basketball as the vehicle to positive change; kick-off event on Tuesday, May 9. The first Jr. NBA Youth Basketball Leadership Conference is on Friday, May 12 and will bring together coaches, administrators and other basketball leaders to discuss the state of youth basketball and how the game can be improved at the grassroots level. Speakers include: Mike Brey, Kenny Atkinson, Frank Martin, Fran Fraschilla, Swin Cash, Shane Battier and many more. NBA analyst Doug Collins and his son, Northwestern basketball coach Chris Collins, will also host an intimate Chalk Talk on Saturday May 13 at the Under Armour Chicago Brand House for media and select members of the public. The NBA FIT app recently introduced a new, NBA Draft Combine update – featuring exclusive training and testing content for fans to train like their favorite athletes