Under Armour to Release Four Curry 3 Colorways for ASW 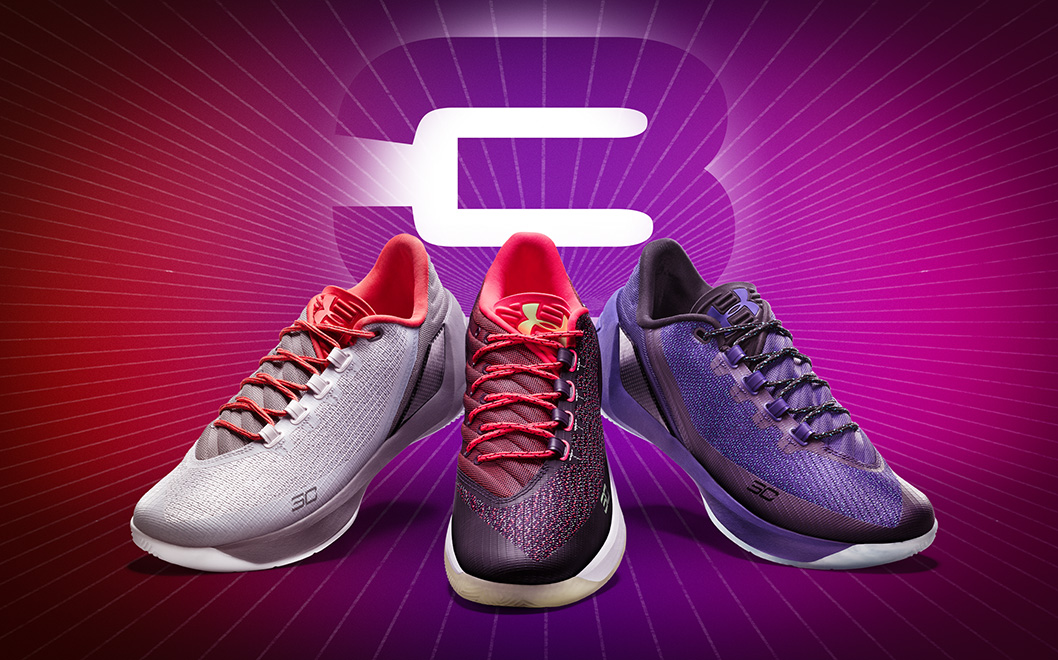 Stephen Curry is starting in his fourth All-Star Game this weekend. To celebrate, Under Armour’s rolling out four new pairs of the Curry 3.

Leading the way is the “Brass Band,” which the reigning MVP will lace up in Sunday’s big game. The colorway takes its cue from the bounce music New Orleans is famous for. It’s also a nod to Curry’s first All-Star Game, that also took place in the Big Easy.

The “Power of 3” pack features three versions of the low-cut silhouette that Steph’s been warming up in.

The “122,” with its Davidson-like colors, helps us remember how he set the NCAA Division I record for most three-pointers by a freshman.

The “Full Circle” is another tribute to New Orleans and how much has happened since Steph’s first All-Star Game.

Rounding out the pack is the “Dark Horse.” Steph grew up playing H.O.R.S.E. against his father, Dell. The older Curry played 16 NBA seasons and drilled 1,245 three-pointers in his career. It took him a while and he was never the favorite, but Steph eventually won a game.